I Have a Question Linda J. Beck

In which Chris Robinson asks animators profound and inane questions that have little to do with animation. Today's guest is animator, producer, programmer, and baseball fan, Linda Beck. 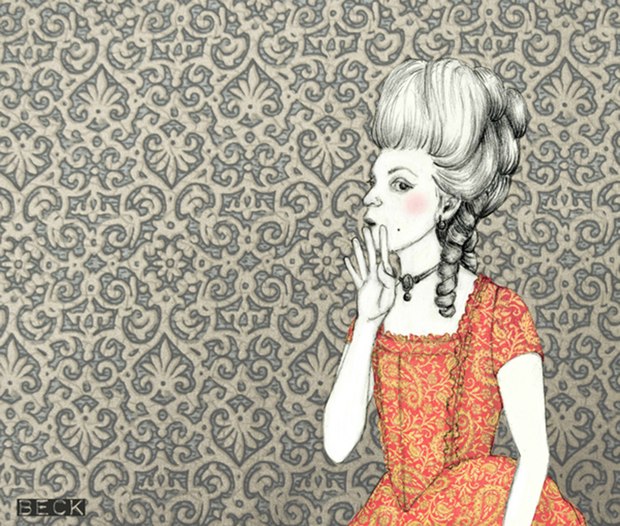 Linda Beck is the programmer for at the SOMA Film Festival she is an Artist Development Specialist has produced content for children (Nickelodeon, Disney) and grown ups (History Channel, A&E, PBS).  She has also done all of the following things professionally:  singing, dancing, sewing costumes, building props, writing, storyboarding, directing, designing, and animating.  She agreed to meet me at AT&T Park in San Francisco in the late summer of 2015. She insisted that we both wear matching #55 Giants jerseys. Unable to find such a jersey, I instead wore #38 along with a long bushy beard. Beck was not pleased, but after some intervention from someone called The Machine, she agreed to allow the interview to proceed.

My encounters with nature.  I particularly treasure the moments when I’m walking along and discover a plant or mushroom or small crawly thing that I’d previously only read about.  I don’t think they get as much attention and fanfare as the animal kingdom and it sometimes feels like they’ve been just waiting for me to come along to coax them out and remind them that they too are important and special and have something to offer the world.  They’re like awkward little animators.

I have trouble saying no to things.  I over commit myself.  Don’t we all?  What is wrong with us?

Grasshopper on the Road  by Arnold Lobel.  We encounter a lot of characters in life and we can stop and engage and learn from them and then simply go on our way when the time is right.

My drama teacher from High School, John Wells.  What has become a life-long friendship has allowed me to witness over and over the tireless work he does to act as an invisible “third parent” to decades of students.  I was semi-conscious of it in my High School days and have formally acknowledged it to him in more recent years, but now that I have my own kids, I realize that he is the kind of humble shepherd that really makes this world a better place.  And the kind of educator that parents hope is in ample supply throughout the education of their children.

Lesley Barber’s ‘Theme from the film Mansfield Park’.  With coffee, it’s how I start my day.

Years ago, I was in mid-sentence with an animation professor pal at a party when my “hilarious” friends Fran and Will Krause picked me up, deposited me into a trashcan, and walked away without saying a word.  I am a tiny human and could not get out of the humungous trashcan by myself without dumping the whole thing all over the place, so I had no choice but to eek out pleas for help from nearby strangers…meekly…pathetically.  In an act of self-preservation, I have blocked out the faces of my rescue team, but no amount of hypnotism can block out the disdain on the face of Seth Green and his cohorts, who just shook their heads in disgust at the drunk, childish idiot vying for attention by climbing into a trashcan.  It seems relevant also to note that this was at the Ottawa Jail Hostel.  Trapped in a trashcan in a foreign jail; forsaken by friends and celebrities alike.

Tags
Interview
Humour
animators
More From ANIMATIONWorld:
Next Post
Keep it in Motion - Classic Animation Revisited: 'Vaccination Scar'Previous Post
16 Thought-Provoking Short Films: The 19th Annual Animation Show of Shows Returns to Theaters
Related Content
I Have a Question John Canemaker
I Have a Question Luc Chamberland
I Have a Question Hisko Hulsing

Taking an Old-School VFX Approach in ‘All Quiet on the Western Front’
‘Natural Habitat Shorts’: Like ‘Ranger Rick,’ But for Adults
Framestore Sets Sail on ‘1899’ with New Virtual Production Tools
Animated Characters: The Art of Babbitt – Part 1
Bruce Smith and Ralph Farquhar Talk ‘The Proud Family: Louder and Prouder’ Season 2
VFX is the ‘Thing’ for Tom Turnbull on Tim Burton’s ‘Wednesday’
We Need to Chat
F is for Flake: The (Not So) Great Animation Robbery?
END_OF_DOCUMENT_TOKEN_TO_BE_REPLACED