I Have A Question Koji Yamamura

In which Chris Robinson asks animators profound and inane questions that have little to do with animation. This week's guest is the great Japanese animator, Koji Yamamura. 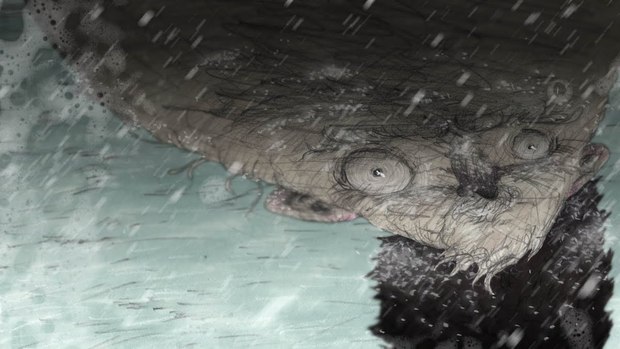 In my teens I used to do track and field, 100-metre hurdles and the discus.

But today, I don’t play any sports.

I try to walk every morning for my health.  I’m also interested in swimming, but for instance it’s hard to make time for that on my production days, ha ha…

A (non-family member) person I idolize is....
Jacques Tati and Jorge Luis Borges. Unfortunately, both have passed away.

Tati’s Play Time is a my all-time favourite film. I’m stimulated by Tati’s quest for perfectionism and fineness.

Borges’s way of thinking and his knowledge overwhelms me.

I also love their humour.

I often listen to Baroque music and some other Instrumental music while I am producing.

There are two songs that shake my heart with songs. One is Kurt Weill “Lost in the Stars” by Elvis Costello with The Brodsky Quartet, another is the lovely “Cocoroni utawo” by Toshio Nakagawa.

Oh my goodness. This question has made me realize that funny things have not often happened to me.
I will just tell one episode. Once, I mimicked an animation character's voice while sleeping.

Taking an Old-School VFX Approach in ‘All Quiet on the Western Front’
‘Natural Habitat Shorts’: Like ‘Ranger Rick,’ But for Adults
Framestore Sets Sail on ‘1899’ with New Virtual Production Tools
Animated Characters: The Art of Babbitt – Part 1
Bruce Smith and Ralph Farquhar Talk ‘The Proud Family: Louder and Prouder’ Season 2
VFX is the ‘Thing’ for Tom Turnbull on Tim Burton’s ‘Wednesday’
We Need to Chat
F is for Flake: The (Not So) Great Animation Robbery?
END_OF_DOCUMENT_TOKEN_TO_BE_REPLACED