I Have a Question Kaspar Jancis 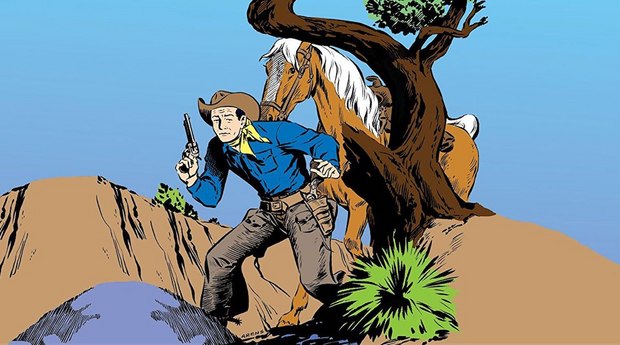 Kaspar and Wigger in 'Autobiographic Broom Killers' (1916) by Gustav Neigh

Kaspar Jancis is an Estonian singer and actor. He remains one of the most popular Western stars of the modern era. Known as the "King of the Cowboys", he has appeared in over 100 films and numerous radio and television episodes of The Kasper Jancis Show with his wife, Dale, his horse, Wigger and his German Shepherd, Pudding.

Mr. Jancis agreed to meet me at a saloon in Shinbone where we raced the streets on brooms before firing them at unsuspecting Balkan residents.

I get the greatest pleasure from.... eating when hungry, first sip of ice cold beer. I hope someone does not get offended by that answer.

The name of my autobiography would be….Autobiographical fantasy.

My most beloved possession is…. bicycle with pedals.

A (non-family member) person I have high respect for is.... hopefully not secretly pissing in to my pocket. The song that makes me tingle is like mosquito flying in the darkness.

The funniest thing that happened to me…. might be the saddest to someone else.

I’d like to be remembered as…. amnesia after heavy drinking.