I Have a Question Jacques Drouin

In which Chris Robinson asks animators profound and inane questions that have little to do with animation. Today's guest is the pinscreen animation maestro, Jacques Drouin. 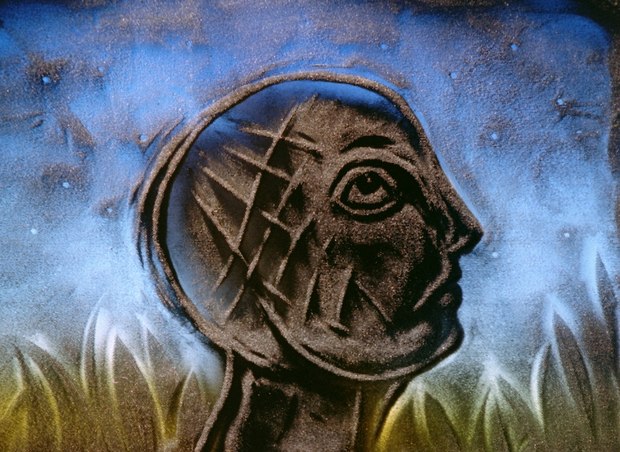 Jacques Drouin is a Canadian animator best known for his pinscreen animation films including the classics, Mindscape (1976) and Nightangel (co-directed with Bretislav Pojar, 1986). Jacques agreed to meet me in a dream near Cloud City as a pinscreen version of Harrison Ford drolly observed us and pondered the cold cool calm inevitability of death just a little bit.

I get the greatest pleasure from leaving for a trip with elusive expectations that going elsewhere will bring something new. In the summer, I leave the city and I feel like a bird migrating to the North. I get the same pleasure coming back to the city in the Fall.

Similarly, I love to start a book, sit to watch a movie I have chosen. Start a project.

The trait I like least about myself is that I am an introverted person. I get away from the inconveniences of that character by associating myself with sometimes very extraverted people.

The book I value above all others is C.J. Jung’s Memories, Dreams, Reflections.  I read it at thirty and it changed my perception. I still flip through it sometimes. At the moment, I’m going through the works of Orhan Pamuk. The Museum of Innocence is a gem.

A (non-family member) person I have high respect for is René Jodoin because of the way he was able to remain creative and rigorous as an artist as well a model in his civic life. An inspiration to me.

The song that makes me tingle is...

some days, it is: Here’s to life by Shirley Horn (a Barbara Streisand song but better in that version, voice and musical background)

The funniest thing that happened to me was registering at UCLA in 1968. I had to check a box (or fill a space) on the registration form that referred to my racial profile. The choice was: Afro-American, Caucasian, Indian-American, Asian and Other. Since I had no idea what was Caucasian, I marked ‘Other’ but you had to specify. So I wrote: French-Canadian. It took me years to reveal that to friends, but when I finally did, I got the loudest laugh ever. (luckily, those categories are now irrelevant).