I Have a Question Eva Cvijanović

In which Chris Robinson asks animators profound and inane questions that have little to do with animation. Today's guest is Eva Cvijanović, whose acclaimed film Hedgehog's Home is playing at this month's Zagreb and Annecy Animation Festivals. 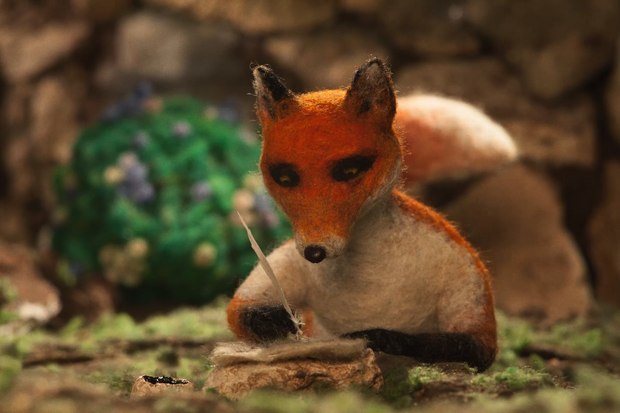 A graduate of Montreal’s Concordia University and the director of such fine animation shorts, Seasick (2013) and Hedgehog’s Home (2017), Eva agreed to meet me on board an abandoned water plane helmed by an unstable and sweaty Windom Earle and a mysterious silent man named Prince Kuragin at 2:36am in Pula, Croatia on April 8th, 1990.

I get the greatest pleasure from... the Canadian Winter

If I could have – assuming this is your real name – a nom de plume, what would it be

The sport I do or would like to play is…Bocce

A (non-family member) person I idolize is…

I find idolatry a bit blasphemous but if I really need to pick someone, the one and only KIMYE

The song that makes me tingle is...

Ever since I first heard it as a youth, ‘Get Off’ by Prince

The funniest thing that happened to me…

2012. Somewhere on a Dalmatian peninsula. There's this guy Tony (maybe fake name maybe not) who drives a boat from our village to the neighbor island. He used to be a sailor and looks like it, raised in the harsh rocky coastal hills, skin and soul carved out by a life at sea, authentic hard dude. That daily boat ride is a crucial thing for the village, any day of the week, you know you can go grab a decent black risotto, buy a few things, wave at the waves, it's great. Anyways, one night, my neighbor invites us to go hang out on the main village dock, and when we get there, there's half a dozen people chilling on Tony’s boat. Because it's locals i think he must be ok with/know about it otherwise they wouldn't dare so we get on. We’re having such a good time, it's a beautiful night, reminds me of nights I spent gazing at the stars from that dock as a kid, it's perfect. We hear the sound of a high-pitched motor. Tony rides onto the dock on his scooter, he’s swearing, cursing us, we are frozen in place, dumbfounded. He's so quick we barely realize what is happening and he has already picked up a huge wooden stick from the boat and is slamming people with it, no discrimination, female male, everyone got a beating except this one guy who jumped into the sea and hid underwater so that his dad doesn't find out. Confusion and chaos, we run away and gather by the church, in the shadow of a pine tree. One guy is bleeding from the ear; my sister got knocked on the head hard, everyone's wounded except for the deserter. We didn't know whether it was funny or tragic, but we knew that in this brutal, barbaric way we were square.  I’ll take that boat again in a few weeks and his greeting will feel slightly warmer than the one I used to get before that night, and I'll wonder whether he remembers I was there.

Gett Off from Hotwax Residues on Vimeo.

Taking an Old-School VFX Approach in ‘All Quiet on the Western Front’
‘Natural Habitat Shorts’: Like ‘Ranger Rick,’ But for Adults
Framestore Sets Sail on ‘1899’ with New Virtual Production Tools
Animated Characters: The Art of Babbitt – Part 1
Bruce Smith and Ralph Farquhar Talk ‘The Proud Family: Louder and Prouder’ Season 2
VFX is the ‘Thing’ for Tom Turnbull on Tim Burton’s ‘Wednesday’
We Need to Chat
F is for Flake: The (Not So) Great Animation Robbery?
END_OF_DOCUMENT_TOKEN_TO_BE_REPLACED