I Have a Question Diane Obomsawin

In which Chris Robinson asks animators profound and inane questions that have little to do with animation. This week's guest is OIAF 2016 Grand Prize winner, Diane Obomsawin. 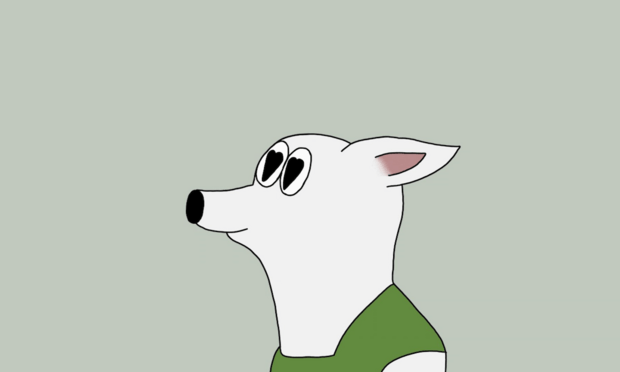 I get the greatest pleasure from…. waking up, having breakfast with a café au lait and going back to bed with a good book.

There are a lot of people whom I idolize. Right now I’m thinking of Nelson Mandela, because of his courage and tenacity.

The song that makes me tingle is…

It used to be ‘Ne me quite pas’ from Jacques Brel, but these days it would be ‘Tu-Tu-E,Tu-Hoi from the Early Hawaiian Classics 1927-1932

The funniest thing that happened to me… I was on a train with my brother for an overnight trip. When we stopped at Marseille, I told him that I was getting off the train to go buy an Agatha Christie novel. My brother said: ‘You’re crazy! You don’t have enough time. You’ll miss the train!’  I jumped off the train anyway and ran to buy my book. Just as i was paying for it, I heard: “Departure for Paris Immediately, Gate number….” I ran and hopped onto the train.

As the train was leaving the station, i walked slowly to the cars looking for my seat and saw my brother at the window of another train.

I wanted to yell at him: ’What are you doing there? But the train was too far.

Then i realized that in my hurry, i jumped onto the wrong train for Paris.

The funniest thing for me was when i appeared like a ghost in the middle of the night and saw my brother’s sleepy and very surprised face because he was sure that i had missed the train.

Tags
Interview
Satire
Diane Obomsawin
National Film Board of Canada
I Like Girls
Jacques Brel
More From ANIMATIONWorld:
Next Post
Keep it in Motion - Classic Animation Revisited: 'Underground'Previous Post
Pictures from the Brainbox: A Weekly Dose of Indie Animation - 'Wings and Oars'
Related Content
I Have a Question Steven Subotnick
Diane Obomsawin’s ‘I Like Girls’ Wins Grand Prize at 40th Annual OIAF
I Have A Question Regina Pessoa