I Have a Question Dennis Tupicoff

The legendary Australian animator, Dennis Tupicoff, sits down for some short and not so magnificent questions. 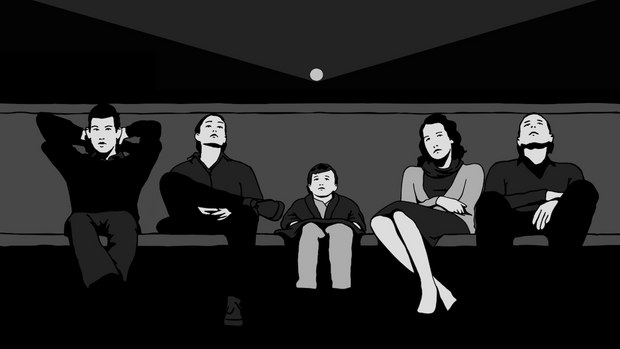 'A Photo of Me' by Dennis Tupicoff

Dennis Tupicoff has made many award-winning films (e.g. The Darra Dogs, His Mother's Voice, Chainsaw, and most recently A Photo of Me) as writer, director, producer, and animator. These have been fictional and documentary, animated and live-action, comedy and drama – and often inventive combinations. He has also been a full-time lecturer at the VCA School of Film and Television in Melbourne, and has taught and conducted workshops in Europe, North America, Asia and Australia.

He agreed to meet on the shores of Sydney for a game of chess as I pestered him about the goings-on of Midnight Oil and other Australian things he did not feel as passionate as I about. It was December. The weather was cold, but Slovenian hot toddies made life and me bearable for a time.

The name of my autobiography would be My Time in Space My most beloved possession is memory

A (non-family member) person I have high respect for is the Florida cartoonist Mick Stevens, who years ago drew the World's Greatest Cartoon for The New Yorker. No words, no faces, no action, and not even abstract. Sad, true, wise, and - still, always - funny. The song that makes me tingle is Don Gibson's "Sweet Dreams"-  as sung by Patsy Cline, but most of all the instrumental version by Roy Buchanan

The funniest thing that happened to me was in 1977, when I was a young man and still 2.1m. An elderly lady in the street said to me: "Young man, if you fell over you'd be halfway home."

It's the only funny or original remark ever made to me on the subject. [editor’s note: Dennis is really tall]

I’d like to be remembered as a man about town and raconteur.

Tags
Interview
Humour
Satire
Australia
Dennis Tupicoff
Chainsaw
A Photo of Me
Darra Dogs
His Mother's Voice
More From ANIMATIONWorld:
Next Post
Review: ‘Lu Over the Wall’Previous Post
WATCH: David Silverman Discusses ‘The Simpsons’ Then and Now at FMX 2018
Related Content
Animators Unearthed - Dennis Tupicoff
The Animation Pimpcast #5: One on One with Dennis Tupicoff
I Have a Question Nina Paley
I Have a Question Ru Kuwahata and Max Porter