I Have a Question Daniel Šuljić

In which Chris Robinson asks animators profound and inane questions that have little to do with animation. This week's guest is Daniel Šuljić, Artistic Director of the legendary Zagreb Animation Festival. 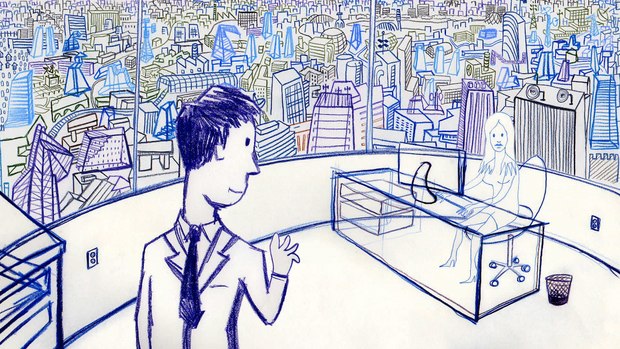 You asked. We listened. Here’s the first in a series of questions for artistic directors from various international animation festivals. First up is Daniel Šuljić, the Artistic Director of the famous Animafest Zagreb. Daniel has been at the helm since 2011, but he was already familiar to many in the festival world as an animator (e.g. Leckdonalds, 1995, The Cake, 1997). Daniel agreed to meet me in a Stuttgart café during halftime of a European Champions match on a rainy April afternoon.

Well, for other people maybe boring stuff, you know, listening to lot of music and watching lot of animation. Both still very inspiring after all these years. I wonder how that is possible, but apparently it is. I am not complaining.

Football, basketball, skiing. I’d like to do some mixed shadowboxing. I have to ask Lotte if she has some spare time.

Nobody anymore. But i do like the work of Lou Reed or Michael Gira to name just a two. I love the work of the guys who were part of the Zagreb school of animation, such an inspiring bunch of films J.

Approximately 3000 of them, numbers growing. The very last one is Tinashe – Company.

Tags
Interview
Satire
Croatia
Animafest Zagreb
Daniel Šuljić
Festival Directors
More From ANIMATIONWorld:
Next Post
Keep it in Motion - Classic Animation Revisited: The Frog, The Dog, and The DevilPrevious Post
Pictures from the Brainbox: A Weekly Dose of Indie Animation - 'Chez Moi'
Related Content
I Have a Question Janet Perlman
Zagreb At A Glance
I Have a Question Priit Tender