I Have A Question Chris Landreth

In which Chris Robinson asks animators profound and inane questions that have little to do with animation. This week's guest is Oscar winner, Chris Landreth. 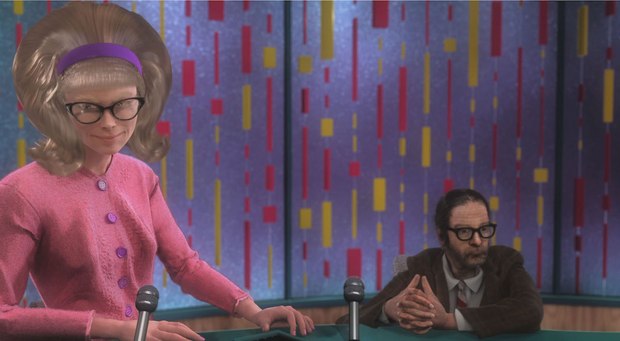 Chris Landreth has won a lot of shiny awards (including the one whose name shall not be spoken) for his films (e.g. The End, Bingo, Ryan and Subconscious Password). He graciously agreed to sit down with me by a broken fireplace in an abandoned downtown Ottawa Parliamentary building at 3:19am during a mild December morn to answer some probing queries about his being.

I get the greatest pleasure from....
Unsolicited Flattery.  Solicited flattery is a close second.

The sport I do or would like to play is...
Running.  5k is enough but half-marathons are not out of the question.

The song that makes me tingle is....
“Tezi Tezi Vodo Ziva”, sung by Divna Ljubojevic.  She is a Serb singer of early sacred Orthodox music.  For me it’s a double whammy:  1) she has the purest voice I’ve ever heard and 2) she looks like Counselor Troi from Star Trek TNG.

Close second would be “The Wheel”, PJ Harvey.

The funniest thing that happened to me….
I’m at the Academy Awards Luncheon, back in 2005.  I’m talking to a Toronto friend about the film “Before Sunset” and he says that he’s had a crush on Julie Delpy for years.  Unknown to my friend, at that moment Julie Delpy is walking past our table behind his back.  And she smiles at ME.

I haven’t told my friend this story yet.