I Have a Question Barry Purves

In which Chris Robinson asks animators profound and inane questions that have little to do with animation. This week's guest is the legendary puppet animation guru, Barry Purves 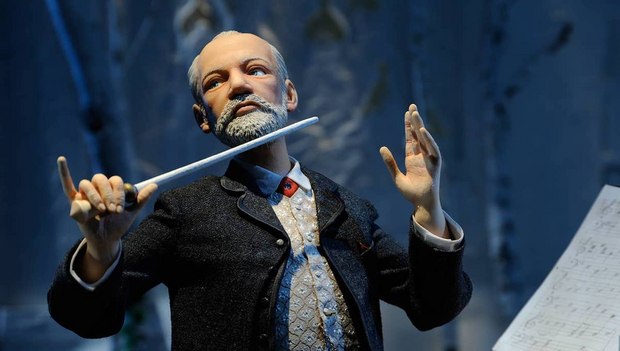 Barry Purves is among the finest puppet animators on this planet. He’s won a compact car full of awards for his short films (Next, Achilles, Screen Play, Gilbert and Sullivan), assorted commercial ventures (including work for Aardman, Cosgrove Hall, Tim Burton’s Mars Attacks and King Kong), and theatre work. We sat down for a more than a few pints at the Old Thatch Tavern on a balmy November day in Stratford-upon-Avon to discuss everything but animation.

I get the greatest pleasure from.... creating, learning, collaborating, discovering and, above all, contributing, as simple as that really. Heck, that sounds dull and worthy, but a day without some sort of creative progression is a wasted day, and as Time, ever increasingly fleet of foot, becomes short, I try even harder to cram the days with as much as possible. I have to make sure I have done something useful with the day. But moments of great personal pleasure usually happen at about 7.29, as I sit, hopefully on the front row, at a theatre or opera house, looking at an empty stage, anticipating the visual and aural joys of the performance to come. The greatest depressions though, usually come at about midnight when the elation has gone and the sadness of not having been part of that creation hits me. On a more basic level, a darn good cream tea with good company gives undefinable pleasure.

If I could have – assuming this is your real name – a nom de plume, what would it be? Lord Barrington, or simply Bartholomew. William Shakespeare and Inigo Jones have already been taken.

The sport I do or would like to play is... Swimming, without a doubt, especially if I have the pool or beach to myself. I’m not hugely social, and I’m certainly not competitive, but swimming usually sorts out an overfull head, and calms me down, and allows some perspective of the day or project. And it’s away from the computer and phone. Give me some water, and I’ll be in, probably imagining that I am flying – swimming and flying being two sides of the same coin. I should make a film about that. Oh, I have.

A (non-family member) person I idolize is.... Ah, I will cheat here, and allow me, at my age, to include Shakespeare, Tchaikovsky, Handel, Sondheim, Korngold, Purcell, Kander and Ebb, (and The Penguin Café Orchestra, Steeleye Span, and, oh well the list goes on) – anyone who is able to inspire me, excite me, provoke me through their skill and talent, their artifice that reveals and informs – they are on my list. I should have been less shallow and included historians, politicians, philosophers, doctors, but the best work of artists nourishes me more than food.

The song that makes me tingle is.... Well, the last ten minutes of “Swan Lake” still stops me in my tracks, as it has always done since I heard a blue EP of the swan scenes, narrated by Margo Fonteyn, aged probably about four. The last few minutes of Benjamin Britten’s “Noye’s Fludde” makes me cry with an oxymoronic mixture of joy and sadness ( and “Noye’s Fludde” is one of the projects that I have, regretfully, never had the chance to direct), and the folk song “O’er the Hills and Far Away” is in my blood, but probably Sondheim’s “Send in the Clowns” from his musical A Little Night Music still thrills me – I marvel at its’ simplicity of melody and lyric, but am floored by the complexity of bitter sweet emotion – every time. In opera it would be the harmonies of the Cio Cio San /Suzuki flower duet in act two of “Madama Butterfly”. Drama, character, emotion and melody all married together as one.

The funniest thing that happened to me... That I have made a living working with puppets for forty years is pretty funny. It’s not a job at all, and I love that I seem to have got away with it for so long, and still love it. But the highlight, out of four decades of highlights, was probably having a concert of Tchaikovsky’s music, in the concert hall attached to his last house, dedicated to me… though they did mention that Putin had sat in the same chair a few weeks before. I had donated my puppet of Tchaikovsky to the museum earlier that day, and had been allowed (or did I just charge ahead?) to touch his piano. That was pretty special.