I Have a Question Ann Marie Fleming

In which Chris Robinson asks animators profound and inane questions that have little to do with animation. Today's guest is the director of the acclaimed feature, Window Horses, Ann Marie Fleming. 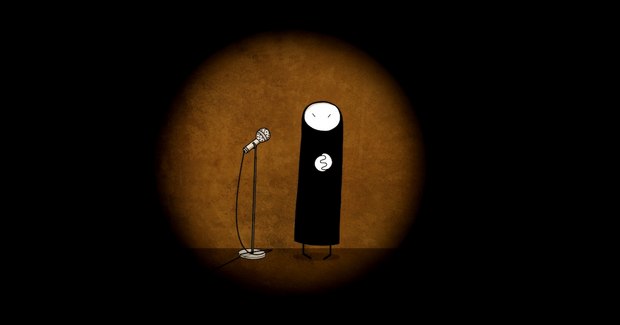 Ann Marie Fleming is an independent Asian-Canada filmmaker, artist, writer. She has been making animation, experimental and documentary films since the 1980s. Her most recent film is the acclaimed animated feature, Window Horses. She agreed to meet me in a karaoke bar in Bucheon, Korea in October 2016 so long as we first did a duet of the Sex Pistol’s God Save The Queen. After downing a bottle of soju with the aid of a horse tranquilizer similar to that taken by Keith Moon prior to a 1972 Who concert in San Francisco, I eagerly agreed.

I get the greatest pleasure from preparing, creating and sharing a beautiful meal with people I care for in a wonderful place, anywhere in the world.  Call me Babette.

The trait I like least about myself is Impatience.

The book I value above all others is  Things: A Volume About The Origin And Early History Of Many Things, Common And Less Common, Essential And Inessential ( 1954 ) because it shows how things that seem to have nothing in common can live in the same book:  Hiroge’s kites, Etruscan false teeth, Chinese gunpowder, the martyrdom of St. Sabastian (that, even as a child, I realized was eroticized).

A (non-family member) person I have high respect for is The Queen, because she embodies “stay calm and carry on”.  Also, she’s always been there, she stays the course, can fix a car, is publicly neutral but we all think we know her opinions. People think she is so conservative that she can get away with wearing all those crazy colours and outrageous hats.

The funniest thing that happened to me has something to do with the Irish-Roman baths in Baden Baden.  Ack.

Framestore Sets Sail on ‘1899’ with New Virtual Production Tools
Animated Characters: The Art of Babbitt – Part 1
Bruce Smith and Ralph Farquhar Talk ‘The Proud Family: Louder and Prouder’ Season 2
VFX is the ‘Thing’ for Tom Turnbull on Tim Burton’s ‘Wednesday’
We Need to Chat
Choc Chip Animation Riffs on Pop Culture in ‘The Art of Murder’
F is for Flake: The (Not So) Great Animation Robbery?
Re-VIEW: ‘Avatar: The Way of Water’ – A Miraculous Vision
END_OF_DOCUMENT_TOKEN_TO_BE_REPLACED