I Have a Question Adam Elliot

Adam Elliot (Mary and Max) winner of many shiny trophies and a few envelopes of cash answers today's deeply existential queries to help guide you through the rough seas of daily life. 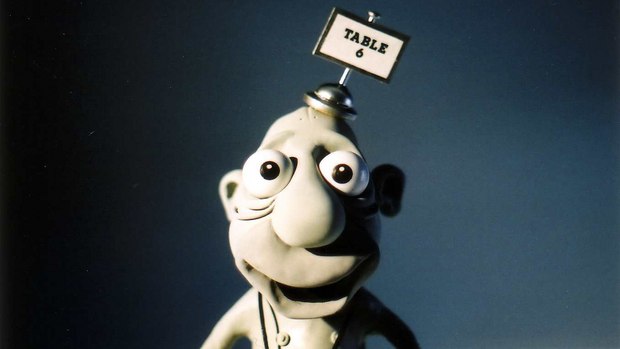 The son of an acrobatic prawn famer, Adam Elliot is an Australian based ‘Clayographer’. He describes his animated films and imagery as ‘clayographies’, bittersweet adult clay biographies based on his family, friends and acquaintances. He uses traditional stopmotion and photographic techniques to create his images and films. Every prop, set and character is hand crafted using just clay cardboard and wire. He avoids digital effects to enhance his work and animates in an intuitive and analog manner. He has sculpted hundreds of static clayographies, and has made six animated films including, Mary and Max, Harvie Krumpet, Uncle, Cousin, Brother, and Ernie Biscuit.

Adam agreed to accompany me on a long walk in the rain as we shared enormous bottles of red wine, attempted to cook and had a long discussion about the still unsolved murder of John Denver. It was a winter in Australia, so it was quite warm, sunny and humid. The year was 1942. A Sunday, since you asked.

I get the greatest pleasure from watching my pug dog Basil stare at his own penis while contemplating the world.

The name of my autobiography would be The Life Cycle of a Bald Sweaty Asthmatic Gay Claymator. My most beloved possession is my ten knitted finger puppets, (one for each digit).

A (non-family member) person I have high respect for is my pug Basil.

The song that makes me tingle is ‘Annie’s Song’ by John Denver.

The funniest thing that happened to me happened yesterday when I got 16 botox injections in my armpits to help my sweating problem.

I’d like to be remembered as that gay bald sweaty asthmatic guy who dedicated his life to making blobby films.

Tags
Interview
Humour
Satire
Adam Elliot
Harvie Krumpet
Mary and Max
Clay Animation
More From ANIMATIONWorld:
Next Post
Pictures from the Brainbox: Animators on Animation - 'The Brainwashers'Previous Post
WATCH: Lynne Naylor Talks Character and Conceptual Design at FMX 2018
Related Content
The Animation Pimpcast #3: One on One with Adam Elliot
The Animation Pimp: A Tale Told by an Idiot
I Have a Question Dennis Tupicoff
I Have a Question Michael Langan

The Massive Creative Fellowship Behind ‘The Lord of the Rings: The Rings of Power’
‘The Dragon Prince’ Director Villads Spangsberg Talks Toonlines and Tough Challenges
Laurence Fishburne and Steve Loter Talk ‘Marvel’s Moon Girl and Devil Dinosaur’
Taking an Old-School VFX Approach in ‘All Quiet on the Western Front’
‘Natural Habitat Shorts’: Like ‘Ranger Rick,’ But for Adults
Framestore Sets Sail on ‘1899’ with New Virtual Production Tools
VFX is the ‘Thing’ for Tom Turnbull on Tim Burton’s ‘Wednesday’
We Need to Chat
END_OF_DOCUMENT_TOKEN_TO_BE_REPLACED