While dubbing in anime is famously hit-or-miss, the renowned anime’s English dub is a beloved and exemplarary work that deserves study, and recognition. 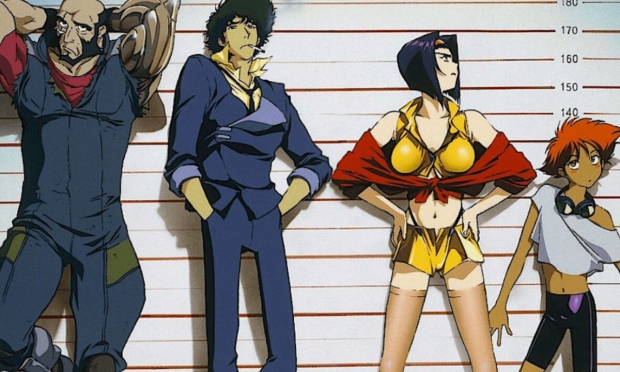 Anime is a bustling segment of the animation industry. There is something for everyone among the wide variety of genres and stories featured within the Japanese animation world; it comes as no surprise that its popularity continues to rise among Western audiences.

If you know anything about anime, you also likely know that there is great contention surrounding the wide use of language translation and replacement, known as a dub. Many purists contend that dubbing is inferior to watching a version with original Japanese audio and subtitles.

Dubs are often considered poor quality or "unnatural" – but why is that? And why can dubbing for an anime like Cowboy Bebop get a pass and even be deemed preferable to its original Japanese?

Let's look at the localization and dubbing in Cowboy Bebop and understand what we can learn about a job well done – and hopefully gain a new appreciation for the spinning plates of dubbing.

Cowboy Bebop is a classic anime series following the adventures of the Bebop and its interplanetary bounty hunter crew. The show’s space cowboy ensemble includes Spike Spiegel, Jet Black, Faye Valentine, Radical Edward, and Ein the dog; the 26 episode series is seen as a gold standard in the art of dubbing, a trailblazer for anime's success in the Western World.

The English dub for Cowboy Bebop excels in striking the right balance between carving its own identity and remaining faithful to its Japanese source material. Translated dialogue can lose character authenticity if it differs too much from the source content; conversely, it may also not make too much sense or not fit the on-screen speech if it is under-translated.

A translation can vary depending on the sub or dub. Cowboy Bebop excels in going a step further than simply changing Japanese dialogue into English. By implementing a degree of Anglicisation – the dialogue is adapted to sound more natural for English speakers. While the Japanese with English subtitles conveys the meaning of the original Japanese audio, that is not tantamount to a perfect localization. This is not problematic when in subtitle form; after all, it's primarily the meaning sought by audiences. Each sentence isn't spoken, so the translation blemishes squeak by. However, when these subtitles are said aloud, their imperfections are more noticeable.

The lack of contractions in the subbed version comes across as awkward when spoken in English. Proficient speakers will say aren't, don't, and can't; rather than are not, do not, can not in informal speech. Speak the captions in each of the images aloud, and you will understand what I mean.

The crew of the Bebop isn’t the type to be overly formal; they're friends with laidback attitudes. Cowboy Bebop's dubbing perfectly encapsulates this by taking creative liberties to alter the dialogue to suit the new language – rather than strictly replicating the Japanese audio, 1-to-1.

This can also be troublesome when the synchronization of dialogue is considered. Japanese grammar is entirely different from English. Balancing translations that make sense and revising phrases, while matching a character's Japanese mouth movements, is a narrow tightrope to walk. Cowboy Bebop masterfully navigates with talented ADR adapter Marc Handler making it work.

A sentence in Japanese will not be the same length nor share the exact mouth movements of its English equivalent. Entire phrases may need reworking rather than simply translating. So, a significant aspect of dubbing an anime is to make the new content believably match the character's speech while also staying true to each sentence's original intention.

The Japanese and English voice acting in Cowboy Bebop differs on more frontiers than simply writing. Characters in the show vary depending on each version of the show being watched – the English Spike Spiegel's performance provides an exceedingly different experience from the Japanese. While subtle, the differences between the version localized for English and the original Japanese with English subtitling are striking. The dubbed version carries a sadness; what Spike says is firm yet has a slightly somber tone – Julia has died, so there is nothing more he can do. As a tremendously closed-off character, for Spike to speak candidly and with an emotional undertone of any kind is an enormous leap out of the ordinary. It showcases how strongly her death has impacted him. On the other hand, the Japanese counterpart seems much harsher and more authoritative. Julia is the woman that Spike deeply loves, so his seemingly more aggressive response indicates an alternate reaction to her death. Referring to Julia as a "dead woman" seems comparatively cold when viewed in tandem with the English version.

This is a single glimpse into many instances where the version of Spike is unique because of the voice provided to him in each localized iteration. The voice actors can breathe authenticity into the dub and bring characters to life honestly, circumventing any awkward linguistic follies.

Mary Elizabeth McGlynn served as the voice director for the dub of Cowboy Bebop and provided the cast of the show - Steve Blum, Beau Billingslea, Wendee Lee, and Melissa Fahn - room to craft their characters without too much interference by the studio. Treating the project as more than just a localization and more like a singular entity unto itself helps keep the quality high.

The English and Japanese cast take distinct approaches to each performance so that the characters can authentically come to life. Notably, Spike Spigel's voice actor, Steve Blum, practically uses his voice in the role, extending his ownership and agency. There is no attempt to copy or chase the original iteration, so it sounds smooth and natural to hear as he takes his own path.

Listen to the differences between each performance:

The Art of Localisation

Cowboy Bebop provided a new standard for the localization of anime content for Western audiences. Today, top-notch translation and voice-over for international audiences is a must for maximizing appeal. Japanese development studios understand this, which is why they have found increased success in the west, with the legendary Japanese game series' latest entry, Final Fantasy XVI using English as the original for motion-capture and dubbing into Japanese.

Understanding how the process works is central to optimizing your animation project to include localization in its production pipeline – it makes everything easier to think ahead of time. This is important because altering any piece of work into a new language is challenging – the difficulty gets compounded when care and attention are given to ensuring quality.

Finding a talented studio of professionals in localization and finding the right talent through proper voice actor casting is just the first step in a massive undertaking. You can do things in your pipeline to create an environment for localization quality, on the level of Cowboy Bebops, can thrive. Whether you are working on a showreel, short, or multi-million dollar animated feature film – understanding what can be done to improve this process is always helpful.

Rome wasn't built in a day, nor are localizations done in a night. Providing time, access, and co-operation to your localization team is absolutely essential for exceptional translations, subtitling, and dubbing to take place.

Taking a script, translating it, and then providing new voices in a different language takes great effort, so easing this should be priority number one. Starting the localization process as soon as possible can be a great way to get ahead of the clock and provide more time for linguistic professionals to work their magic to master the alterations to higher quality. Cutting time means cutting corners, so fine-tuning translation will be difficult – play it safe and ensure your partners have the required time for brilliance.

Additionally, access to the original writers can effectively capture the proper vision across each localized iteration. Project members being in close collaboration with translators and scriptwriters allows the localizing team to pick the initial writer's brains, with the added supervision also making certain nothing falls through the cracks.

Teamwork allows for cross-pollination between each studio involved. You might even learn a few phrases in a new language!

Keep your audience in mind

Thinking about your audience may seem simple, but it is central to the concept of a dub. Translating an anime into English is about more than pure translation. A good dub will make sense; a great dub will seem natural to native speakers. Elevating your language, terminology, phrases, and grammar to match that of fluency is what separates localized content from serviceable to exceptional, which is what Cowboy Bebop achieved in its English iteration.

Ensuring that you localize your content into the correct form of a language is essential to tailoring your project to a specific audience. European Portuguese and Brazilian Portuguese may be the same language, but the careful distinction between them can make the difference to the person watching.

If you complete your project and the dialogue doesn't come across as awkward or clunky to native speakers, you will know you have done an excellent job.

Ensuring that your new translation matches the mouth flaps of speech is essential. While this is easier in anime than in live-action or other animation styles, it can still be challenging to match a well-localized script to fit content initially in Japanese. The differences in grammar and speech quirks in either voice track can make this tricky.

Watching the original version of each scene before recording will make the acting process easier for the actor – as they are given a chance to familiarise themselves with the scene. When dubbing, having the translation writers present and a cast of professional voice actors can make this easier on the fly.

The dubbing process typically will enlist "sync to picture" as a methodology. This requires the actor to rewatch the original version of the scene and then record their lines in synchronization with the picture as it plays on-screen.

Sarah Natochenny, of Pokémon fame, shows us how dubbing is done:

This method allows for quick edits on the go to match what may have been missed in the writing process. It's a simple fix but effective when you have full synergy among a talented team.

While dubs are often seen as inferior to an anime's original audio with subtitles, this seems like an unfair categorization. Dubbing is hard work, with many different factors at play to achieve it competently. But as Cowboy Bebop displays, a dub can stand the test of time and even surpass its source material in popularity when done well.

As a trailblazer, Cowboy Bebop has found success as one of the most beloved animes of all time, with an English dub that is revered as the gold standard. This effort was won by a team of dedicated and talented writers, translators, voice actors, and production staff, who worked together toward a shared vision for the show.

Replicating this success should be the goal of any individual or studio looking to reach global audiences. By abiding by the guidelines in this article, you are one step closer to finding further success through localization and dubbing in international markets.

Michael is a writer for Voquent.com, the professional voice-over casting platform for any animated film or commercial project. He spends most of his time indulging in a video game, anime, or animation; it’s a way of life.