The Hot Freaks Get Up-Beat in ‘Lovely’ Music Video

The first of the band’s four new singles exemplifies their toe-tapping vulnerability as captured by Alexis Kitchmire and Annalise Molter in a new 2D animated short. 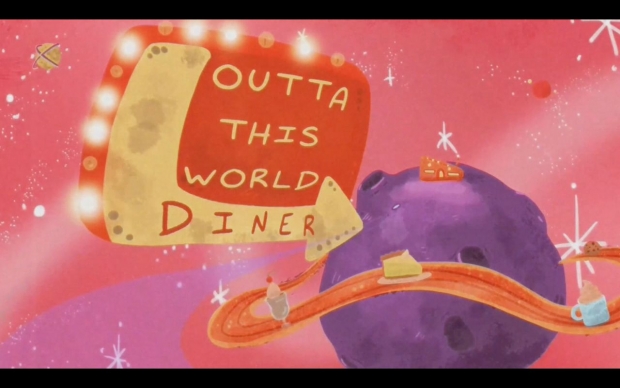 Hot Freaks has just released a new animated music video for “Lovely,” the first of four new singles that will eventually comprise the Lovely EP set to release next month. With the success of the band’s Puppy Princess on TikTok and Spotify (28 million streams), Hot Freaks continues to organically grown a large, core fan base virally as well as naturally by word of mouth.

Formed in Minneapolis in 2013, when the quintet released Puppy Princess, their first and for now only LP - 10 tight tracks of “winsome yet up-beat indie-pop produced with a glossy, highly danceable disco sheen that counteracts a yearning lyrical melancholia” - the band amicably split in 2015, staying in touch through social media as they pursued other interests. But since then, fans have flocked in droves to the band’s original work on TikTok and Spotify; Hot Freaks has since reunited to produce their first new music since Puppy Princess, as they prepare to roll out on their upcoming tour.

Take a few minutes to enjoy the new single, “Lovely:”

The video was directed and conceptualized by Alexis Kitchmire, who then brought in animator/illustrator Annalise Molter to collaborate on the project. It took the pair about a month to complete the entire video.

Inspiration for the short was mostly derived from early 60s cartoons. “For the character design and environment design, we were heavily inspired by early Hanna-Barbera cartoons, especially The Jetsons,” Kitchmire shared.  “We wanted the video to emulate the feeling of watching Saturday morning cartoons growing up with the use of exaggerated visual humor.” “One of the biggest challenges we faced was trying to capture the look of a very physical medium in a digital program,” Kitchmire noted. “With modern day animation technologies, it's difficult to get a more hand-drawn look of animation that was prevalent in the early 60s. Also, trying to emulate the styles of great artists like Maurice Noble in our background designs proved to be incredibly difficult while utilizing digital programs. Also, trying to get Pup's design down was very challenging. We wanted to make sure we kept the integrity of Pup's looks present while creating a character in the aesthetic we had chosen for the video. We went through many different designs before we landed on the one we used for the final project!”

Animated Characters: The Art of Babbitt – Part 1
Bruce Smith and Ralph Farquhar Talk ‘The Proud Family: Louder and Prouder’ Season 2
VFX is the ‘Thing’ for Tom Turnbull on Tim Burton’s ‘Wednesday’
We Need to Chat
Choc Chip Animation Riffs on Pop Culture in ‘The Art of Murder’
F is for Flake: The (Not So) Great Animation Robbery?
Re-VIEW: ‘Avatar: The Way of Water’ – A Miraculous Vision
‘Kung Fu Panda: The Dragon Knight’ Celebrates a Special Lunar New Year
END_OF_DOCUMENT_TOKEN_TO_BE_REPLACED