Holiday 2017: Gifts for the Indie Animator

From hands-on tools and supplies to digital software and cutting-edge AI games, the AWN 2017 Holiday Gift Guide has everything you need for your indie animator. 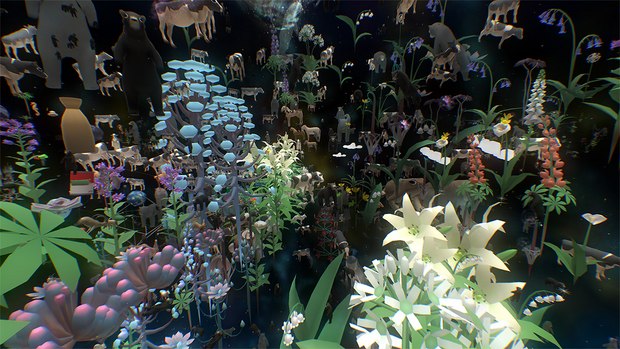 Well, it’s that time of year again. It’s snowing in the Northern Hemisphere and sunny and hot in the South -- so it must be time for gift giving!

And you have an indie animator who loves being showered with gifts to help make their creative dreams come true? Well this is your 2017 AWN indie animator gift-giving guide. Stocking stuffers, tall orders, light on the budget, too generous beyond expectation -- have we got ideas for you! So strap on your seatbelt and let’s take a run at this. First up is a completely underrated item that no animator can live without -- a go everywhere buddy, an analog dream catcher, a muse who is always listening -- in plain language a sturdy little sketchbook. Moleskin classic notebooks are durable, have good covers that double as drawing supports, acid-free paper, pages that stay well bound, and come with bands to keep them closed. The Moleskin Classic Notebook Pocket is 3.5 x 5.5 inches making it very portable and frankly beats searching for napkins to draw on though that seemed to work for Picasso. If your animator carries a backpack and thinks big, the Moleskin Classic Notebook Large is 5 x 8.25 inches and is great for catching big ideas.

What better companion for a great notebook or sketchbook than a wonderful set of pens. For the manga or comic artist in your life, you can’t go wrong pairing this pen set with any notebook or sketchbook that has a good, smooth paper. The set includes four ink pens, a brush with reservoir of ink, and a 0.7mm mechanical pencil. Bonus, the inks are archival so when your animator has their first major success, feel free to claim you were there at the being -- the drawings will never fade.

Finding the best sketchbook for your animator is an impossible task. An artist’s sketchbook is more personal than their underwear so don’t even try. Everything from the smoothness of the sheet (its degree of calendar, as they say in the industry) and its texture, to its smell and the way the paper receives a line -- only your animator will know what they like best. But if their sketchbook is looking a little ragged or as overstuffed as an old sofa, giving them a gift card with a note is a thoughtful gesture. Hardcover sketchbooks with acid-free paper usually run about $15 for the classic 8 1/2 x 11” size and shipping is about $10. Next up is a terrific little item animators can use to paint storyboards pretty much anywhere and everywhere. The Sakura Koi Water Color Brush is a good quality synthetic paintbrush that comes with a water reservoir built right into the handle. Combine it with a sketchbook and small watercolor palette and the daily commute becomes studio time.

Modeling clays come in two kinds -- the ones that harden over time or when baked, and the ones that stay soft and squishy forever. Both make great gifts for your animator. The soft-forever stuff is low investment -- squish and reform, make it as crazy as you like then start fresh tomorrow with no regrets. Dry-hard clays allow one to make characters that can be used as permanent references for sketches and animation. After all, it wasn’t just Tintoretto, the Renaissance painter par excellence, who posed tiny clay models to paint monumental artworks.

These simple but very effective tools allow your animator to carve faces, clothing, and other details into both soft and drying (but not fully hardened) clays. This particular set is stainless steel so the tools won’t rust and the sharp blades will hold their edge. Makes a valuable but inexpensive companion gift to the clays. Your animator loves a good memoir? Think Bill Bruford’s “The Autobiography.” A principal player in the British Rock movement, both as artist and musician, Bruford’s memoir shines a light on the creative impulses driving the British rock scene.

Your animator identifies with the courageous people who produce indie animation? Chris Robinson’s “Unsung Heroes of Animation” is a must-read. In addition to compassionately presenting indie animators who create excellent work despite huge challenges, it’s a wonderful reminder that determination and an honest creative voice will always speak to people.

“A New History of Animation” by Maureen Furniss
Thames & Hudson, $86.75

Your animator is curious about animation as an art form? Maureen Furniss, the director of the stellar CalArts Experimental Animation Program, recently published “A New History of Animation.” This Thames & Hudson publication is the first textbook to thoroughly examine the history of the field from 17th century magic lanterns to the rise of 3D and beyond. Analyzing master works in the context of creative and technical inovations, Furniss tracks the overall development of the field throughout history. If you’re gifting an indie animator still in the making, Ellen Besen’s “Animation Unleashed: 100 Principles Every Animator, Comic Book Writer, Filmmaker, Video Artist, and Game Developer Should Know” is the perfect introduction. It covers all things animation from a story point of view and has become a learning classic. Looking for something to kickstart a talent? This is it! Richard Williams was animation director on a number of Academy award winning films -- among them Who Framed Roger Rabbit -- and his book is a masterclass on the fundamentals of animation technique. From basic principles through the many approaches to timing in-betweens, the most recent edition of this jam packed classic text is a must have.

This is an intriguing gift for any animator at any stage of development. It’s fundamentally Richard Williams book “The Animator’s Survival Kit Expanded Edition,” but being digital the examples are in motion so one can actually deconstruct the timing of every illustrated movement in action. It’s like taking a masterclass that travels with you everywhere. Want your animator unwrapping the glittering gift paper only to be totally gobsmacked? And you have the budget to do it? Gift an iPad Pro and Apple Pencil. Your animator can paint directly onto the screen. Need one say more. This is one pretty cool gizmo, a powerful go everywhere lightweight studio that’s packed with features and capabilities not to mention Apple’s newest and coolest iOS.

Aaron Blaise is a highly experienced animator who worked at Disney on some of their most beloved films, for example the magnificent Beauty and the Beast. Now retired, he is sharing his hard earned skills with the next generation. His tutorials are extremely well presented, easy to follow, and his drawing skills are fluid and masterful. If your animator is hungry to learn the basics, gift them Blaise’s “Complete Animation Course.” And insist that your name is on the credits of their first film!

The National Film Board of Canada has been producing films for more than half a century, many of them Oscar-winning animations. Some of the most memorable include The Cat Came Back, Ryan, Bob’s Birthday, and The Danish Poet. The tales are all different but be assured the animation is always superbly rendered and the production standards are among highest around.

Your animator has their eyes glued to the screen, raptly watching film after film? Give them the best of the best. The Animation Show of Shows offers rich collections of award winning animated classics as either downloads or on DVD. Get your animator a couple of the boxed collections and some popcorn and they won’t come up for air until Groundhog Day. Everything is a must-have AI-driven simulation of reality. A stellar animation, gaming, and interactivity project, it explores a vast interconnected universe of things. Both philosophical and playful at the same time, engaging with it is an exercise in existential thinking. The first gaming /interactive project to qualify for an Academy Award, it can be in the hands of your animator virtually immediately. “The Illusion of Life” by Ollie Johnston and Frank Thomas
Disney Editions, $36.31

Way back when Disney animators were mastering life drawing in the evenings after a long day at the drawing table, and were determined to animate their characters as life-like as possible, two Disney masters set out to tell the studio’s story with fascinating anecdotes and technical insights. Richly illustrated, this much loved book (which first came out in 1981) is a gift for animators at every stage of their career from newbie to retiring to the beach. Meet the unsung heroes of the Disney studios, the legion of women who brought the animators’ pencil drawings to life. Back in the heyday of Disney 2D animation, for example Cinderella and Beauty and the Beast, among many others, these women traced the drawings onto celluloid sheets, rendering them in full color. It was this painstaking work that made the animation of that era so lifelike and full of personality. The women brought patience, a keen eye for shading and color, and a masterful dexterity to the job. Until now they were the unsung heroes of the commercial studio system. This is their story.

For anyone who dreams of prismacolor adventures, Disney’s Gravity Falls team is currently creating zany coloring books that read like short graphic novels. Packed with exciting stories and adventures solved through coloring solutions, this is an ideal gift for your graphic loving dreamers. (Rated anyone with reading skills). “Can coloring be an act of bravery?” the authors ask. “Can great shading elevate you to heroic heights?” Coloring energy, ignition on!