‘Garden Party’ Leads to an Oscar Nom for French Students

A team of graduating students from MoPA garner accolades for hyper-realistic animated short with a noir twist. 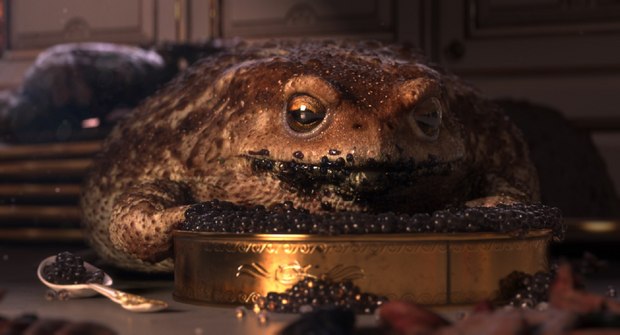 Garden Party, directed by a group of students from French animation school MoPA (Motion Pictures in Arles), is one of the contenders for this year’s Oscar for best animated short film. The hyper-realistic film was directed by Florian Babikian, Vincent Rayoux, Victor Caire, Théophile Dufrense, Gabriel Grapperon and Lucas Navarro as their graduating project in 2016.

Among numerous other accolades, Garden Party was named Best Young Production at the 2016 Animago Awards, Best Student Project at the 2017 SIGGRAPH Computer Animation Festival, and Best Student Short at SPARK 2017. The short also received a Special Mention from the Jury at the 2017 Clermont-Ferrand Film Festival, and was nominated earlier this year for a VES Award for outstanding visual effects in a student project.

Needless to say, watching the Oscar nominations live, the young French directors were overjoyed with their Academy nomination, which puts them in competition with Pixar’s Lou, the stop-motion Negative Space, and British entry Revolting Rhymes, as well as Glen Keane’s collaboration with sports legend Kobe Bryant and composer John Williams, Dear Basketball.

Set in a mysteriously abandoned Beverly Hills mansion populated by frogs and toads, Garden Party combines incredibly lifelike rendering and animation with a film-noir storyline that unfolds to the big reveal at the end, as the amphibians explore their world, completely oblivious to what the humans have left behind.

The filmmakers met each other at MoPA and quickly became good friends, both in and outside the classroom. They found that they all shared an interest in animals and documentaries, as well as a fascination with stories that could be told without dialog or voiceovers.

The filmmakers explained by email that “there was something amusing, putting these innocent animals inside this abandoned rich house, full of expensive and valuable stuff. It’s like, nature always takes back it rights, and it shows [the] vanity of human beings, but in a funny way.” “In the case of Garden Party, it is clear that our purpose is a crushing criticism of opulence and materialism,” they added.

Working together in close quarters over the course of 10 months, from September 2015 through June 2016, the team put in roughly 20,000 hours to create the nearly seven-minute short. Along the way, they learned a lot about CG production, including scheduling and managing a complex pipeline.

The directors explained that while they are all generalists, and able to help in each of the different tasks, in general, Navarro and Rayoux took the lead on the storyboards and first edits, taking ideas from everyone and trying to build the structure, while Grapperon and Dufrense worked on the environments and designs of the characters. Rayoux and Babikian primarily focused on animation.

Along with the brilliant narrative structure, the film’s realism is especially striking. The directors started by collecting as much reference material as possible, including footage of swimming pools and gardens at various times of day. They also got their hands on videos from a real estate agency showing luxurious interiors.

But the big challenge was the frogs. The team set up two vivariums to observe the movement and behavior of frogs -- sourced from the local Camargue marshlands -- to help develop the look and guide the animation.

“We took time to get the perfect anatomy of the amphibians, as well as working on skin and texture, in order to have really detailed characters,” they explained.

In order to help accelerate set modeling, the filmmakers set up a 3D scanner in a garage and used a system called CapturingReality to create textured 3D meshes from laser scans and even still images, which helped build 3D assets and save precious time.

The team relied on Pixologic’s ZBrush for character sculpting and environment modeling. For the texturing, they worked with Foundry’s Mari for characters and Allegorithmic’s Substance Painter for props and sets. Shading was done with Autodesk’s Arnold renderer (originally developed by Solid Angle) in Maya. Thinkbox Software’s Deadline helped manage network rendering. A lot of the visual effects were created directly in Maya using nParticles and Bifrost for the water, however, some were created in Side Effects Software’s Houdini when needed. Finally, all the compositing was done with Foundry’s Nuke.

While the film has been praised in the trade press for its technical aspects, the directors stressed that “Our goal is to catch the collective unconscious with powerful images, which have meaning -- to use the form to bring the substance.”

“The most important thing we learned at the end, is that animation process is always full of surprises, and adaptation is the keyword,” said the directors. “Most important is to keep your intentions, whatever happens.”

Since graduating the filmmakers have gone on to establish their own animation studio called Illogic, which specializes in CG commercials and short films for the likes of Van Cleef and Arpels via commercial production collective WIZZ Design.

Based in Arles, in the Provence region of southern France, MoPA was founded in 2000 as Supinfocom Arles. The school, which specializes in CG animation, has over 500 graduates, who have created hundreds of festival selections at such film festivals as SIGGRAPH, Hamburg Festival, GLAS, Paris Courts Devant, Clermont - Filmfest, ASIFA - China and Festival D’annecy. The school added English-language classes last year in an effort to attract students from around the world.