From Games to Series: How Entertainment Agency MOCEAN Helps Makes It Happen 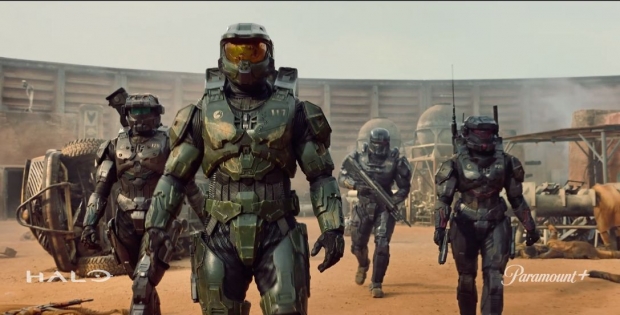 Among recent animated series that evolved from video games, one of the most successful was Netflix’s Arcane, based on Riot Games’ wildly successful League of Legends. Produced by Riot in partnership with Fortiche Productions, the three-act, nine-episode series, which was Riot Games’ first TV production, premiered on Netflix in November of 2021, and went on to earn a 100% rating on Rotten Tomatoes.

Needless to say, the show’s remarkable success is largely attributable to its talented creators, who overcame the “video game curse” in bringing the multiplayer online battle arena game to the screen. However, developing and producing a great series is one thing; bringing it to market and ensuring it gets noticed is another. In this regard, Arcane was extremely fortunate to have the high-powered talents of marketing agency MOCEAN in its corner.

For more than 30 years, MOCEAN has been developing creative marketing campaigns for major entertainment concerns, including Disney, Marvel, Netflix and Amazon. Their extensive experience with Disney and Marvel IP, in particular, has provided them with a unique perspective that informed their approach in successfully leveraging the inherently eye-grabbing visual assets of video game IP. In addition to their work on Arcane, MOCEAN also developed the creative marketing for the upcoming Paramount+ Halo series, which is slated to be released March 24.

We spoke with Executive Creative Director Elaine Cantwell, EVP Strategy Allan Gungormez, and Creative Director Norn Jordan about MOCEAN’s work on both Arcane and Halo, and about what it takes to mount a successful creative campaign in a highly competitive marketing space. AWN: Can you briefly describe the main visual elements of your marketing efforts for Arcane?

Elaine Cantwell: In addition to the premiere of the animated series, RiotX Arcane included game-related events that were connected to the weekly release of each three-episode “act.” The campaign was designed to celebrate the many facets of the collaboration, taking the audience on a journey through the experience of the show, the event and the game.

Each spot begins in the clouds above the worlds of Arcane, and transitions seamlessly from content to event messaging, featuring new and familiar characters. Blue skies and utopian clouds open the first spot for “Progress Days,” while dark clouds with murky undertones begin the journey through “Undercity Nights.” This created a symmetry and resonance between the two spots. As the clouds part, the journey begins as we dive into the world and characters of RiotX Arcane.

It was imperative that all aspects of the campaign had synchronicity in message and medium. By working closely with the Riot team, we kept the campaign in lockstep with show packaging and overall Netflix promotion.

Allan Gungormez: In the case of Halo, the game features one of the most iconic characters of all time in Master Chief. We knew that Master Chief himself would be, without a doubt, the most effective way of getting the attention of anyone who has ever played the game or simply seen the unmistakable mask. This really changed the question from “what do we use” to “how do we use it in a way that feels perfect.”

AWN: What were the primary goals of the marketing campaigns?

AG: At its simplest, we were looking to activate the Halo core immediately, then slowly create content that would allow us to expand into larger audiences, while keeping everyone we’d gained along the way. There are millions of people who have played Halo, and getting them to be our early advocates would be paramount to building conversation. There was great focus in figuring out what it would take to get the right message out in the right way to spark positivity, since we’ve seen so many game IPs that have tried to come to TV get overwhelmed by haters on social, ultimately skewing perception before the first episode ever aired. Our goal was to create a campaign that balanced the valued history and emotional connection that people have with the IP, while helping them to understand that this was going beyond the game-player experience that they’ve had in the past.

EC: One of the main goals of the Arcane campaign was to clearly identify the two distinct parts of the event – Progress Days and Undercity Nights – and allow both to have a voice within the campaign, while also feeling like two distinct parts of the Arcane offering. They served to complete the experience, while highlighting events and driving fans to participate and engage.

Everything about the campaign was game-world focused, centered around celebrating new characters, teasing new storylines, and building excitement for the event and the show. Leveraging the familiar to connect with the new generated buzz for all aspects of the campaign, encouraging participation in the event and driving streaming numbers.

AWN: How much do decisions in this kind of marketing depend upon the specific property, as opposed to relying on proven techniques?

EC: The release rollout of Arcane represented Riot Games’ first foray into the world of television and entertainment, which was unique in and of itself as a multi-tiered experience where gaming, content and experiential collide through the product, the show and the event. As such, the property clearly influenced the marketing campaign, which in turn expanded the audiences and their experience of the property – a chicken-and-egg scenario where each goes hand-in-hand with the other.

AG: We created the first look teaser of Master Chief, the trailer, and subsequent video spots. Before any of those were created, we laid out the overarching strategy for the entire campaign to make sure that everything laddered back up to something truly worthy of Halo. Social media, especially TikTok, have proven to be powerful mediums in the initial stages of the campaign. Knowing that this is a title that can really drive a conversation, creating assets that are conversation-worthy and designed for social platforms is always top of mind.

AWN: What are the biggest challenges in bringing game IP to other mediums?

AG: Video games are difficult to translate to other mediums because of what the video game experience itself is. In Halo, for example, people put themselves in the shoes of a character who barely said any words and just accomplished amazing things at their control. The entire world of Halo was based on how people reacted to Master Chief and his actions, which in turn were really your actions through him. Now, how do you take that experience and properly translate it to TV? Suddenly there is an actor under the mask, there is more dialogue, there are things happening that you no longer have any control over. The biggest challenge is finding ways to make people accept that the video game gives them one type of experience, while the other medium gives them a totally different kind.

AWN: Why have so many hugely popular games failed to find audiences when adapted to film or TV?

EC: It feels like it’s a timing issue – gaming IP has been around for decades and has become a multi-generational experience. There are more fans, more recognition, and greater impact due to advancements in technology and accessibility, resulting in richer, more expansive experiences. The gaming experience, the medium and the audience has matured, which has led to high expectations regarding adaptations and a desire for more immersive storytelling.

AWN: How much can marketing help in getting gamers to embrace IP adaptations?

EC: Gaming fans are discerning and particular about how characters are represented. Great marketing can get the audience interested in and open to an adaptation, but unless the storytelling, character representation, and show quality live up to the fan’s expectations, the show may not be as successful as desired. Well-considered adaptations that are true to the IP have and will always lead to success.

Norn Jordan: Movies are a passive medium, while video games are an active one, where the player can have control over how the story ends. So there’s a greater emotional attachment when an individual is the lead in their own game, versus watching a protagonist in a movie. That’s one of the main reasons why games fail to find audiences in the movies. One difference between Arcane and Halo, as compared to recent video game adaptations like Assassin’s Creed and Warcraft, is that they are series on streaming platforms, which allows showrunners to focus on character arcs and stories with longer timelines, with less at stake financially than with a global big-budget movie.

AG: Gaming IPs in general can feel polarizing if not positioned correctly. In the case of Arcane, I knew tons of people who had absolutely no idea that it was based on a game and just enjoyed the show. It also didn’t try to recreate the game, it was something original. In the same way, Halo doesn’t rely on game knowledge at all – it’s broad enough to appeal to anyone looking for a great futuristic action story with actual character development. The video game IP provides the foundation and the source material, but if shows stick too closely to the video game, they tend not to be able to realize the subject matter at the same level, which works against its success.

An Interview with Priit Pärn
‘Baymax!’ Provides an Rx for Humor and Compassion
How Digital Domain Brought Photoreal Characters to Life in ‘The Quarry’
SCAD GamingFest: Building Shared Story Experiences with Diverse Character Design
Mission Critical: ‘Lightyear’s Journey to Infinity and Beyond
Putting the Fun in Dysfunction: The Non-Humanistic Therapy of ‘HouseBroken’
‘The Freak Brothers’: This is Your Humor on Drugs
END_OF_DOCUMENT_TOKEN_TO_BE_REPLACED