Drinking Deep from the Spring of Creativity: Brazil in the Spotlight at Annecy 2018

From the country’s first recorded animation from 1917 to the vibrant contemporary scene, the 2018 Annecy International Animated Film Festival presents the best of a century of Brazilian animation. 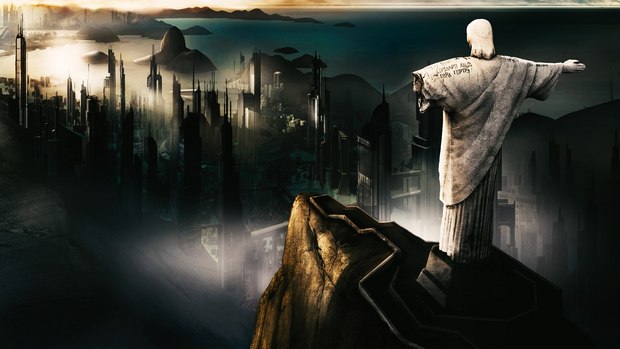 When Brazil won consecutive Annecy Cristal Awards for Rio 2096: A Story of Love and Fury and Boy and the World in 2013 and 2014 respectively, the animation world couldn’t help but take notice.

But in truth the twin victories were just the icing on the cake for an industry that has enjoyed remarkable growth over the past decade. In 2008, there were just two animated shows in production in Brazil. Today 44 homegrown shows are being shown on Brazilian television and being exported to more than 150 countries. Moreover, 2017 also saw the release of seven feature films, with another 25 currently in production, including numerous co-productions with Latin American and European partners.

Annecy named Brazil its “Country of Honor” for 2018, with artistic director Marcel Jean declaring, “Brazilian animation has burned its star status into Annecy’s firmament… we want to show how this major territory is a powerful spring of creativity, how Brazilian animators have drunk deep from these waters to establish an unusual and striking expression.”

In tracing pivotal moments in Brazilian animation, we might look to the country’s first recorded animation, O Kaiser, in 1917, or to Tourbillon, by Bassano Vaccarini and Rubens Lucchetti, the first Brazilian film to appear at Annecy, in 1963. But probably the most important milestone came in 1993, when four frustrated animators decided to start a festival. ‘Boy and the World’

Back in the 1970s and 1980s, there was no Brazilian animation industry. Ennio Torresan, now a story artist at DreamWorks Animation, explains that a realistic aspiration for a young Brazilian artist in those days was “to be accepted at Annecy with an animated short, then get a real job at a bank, or become an art teacher. We never thought this thing would last a lifetime… We were cavemen drawing on the walls of a zoetrope.”

In 1982, the government of Brazil brought Canadian animators over to lead the nation’s first animation training. Filmmaker Marcos Magalhães, freshly back from a scholarship at the National Film Board of Canada, joined the project and set off on a nationwide search for like-minded animators. Among those were Aída Queiroz, César Coelho and Léa Zagury.

The following years proved transformative. “We got this opportunity to come together, discuss films from all over the world and make our own work. We were opening our minds to other possibilities,” says Magalhães. Their collective earned prizes at international festivals, including Magalhães’ film Meow winning at Cannes in 1982, but there was no continuity. Seeking to build something more permanent, the quartet founded Brazil’s first festival, Anima Mundi.

‘Tito and the Birds’

The first festival attracted 7,000 attendees and grew rapidly from there, stimulating a boom in independent animation production in the process. In the early days, only one or two Brazilian films were submitted each year. Today, Anima Mundi annually receives over 300 domestic projects and attracts over 100,000 visitors to events in Rio de Janeiro and São Paulo.

Empowered by such hefty numbers, the festival has been able to wield influence among would-be investors, producers and government policymakers, including enacting real measures like establishing a special line of credit for animation production.

“I think we are responsible in some ways for the growth of the industry,” says Zagury. “We created a venue where people could network, see new productions from other countries, and learn. A lot of the young animators doing well right now began at Anima Mundi.”

External factors also played a part. First, the greater availability of computers and software brought down the cost of production and put tools in the hands of filmmakers. Then, in 2011, domestic producers urged the government to pass a law obliging all cable TV channels to reserve a three-hour block each day for Brazilian productions, prompting the commissioning of swaths of new shows. In 2015, the creative industries in Brazil were worth US$47 billion, making up 2.64 percent of the country’s total GDP. With animation an increasingly important component, the Brazilian government is not missing the opportunity to showcase its industry on the world’s largest stage.

The Brazilian Trade and Investment Promotion Agency, Apex-Brasil, whose mission is to promote Brazilian audiovisual content abroad, is masterminding a “Brazilian invasion” of Annecy this June, organized by four export bodies and bringing 30 Brazilian companies and over 200 delegates.

Leading the charge is Brazilian Content, which has managed the Brazilian delegation at Mifa since 2012. Comprising more than 600 companies, of which around half are in animation, Brazilian Content promotes independent TV and digital content production abroad, enabling partnerships between Brazilian and foreign companies.

Alongside them will be Cinema do Brasil, in charge of Brazilian film, and FilmBrazil, the largest advertising network in Latin America, representing over 50 Brazilian production, interactive, and postproduction companies.

Another government-backed agency, Brazil Music Exchange, will bring live bands in to perform around town. Ruben Feffer, the maestro behind several animated film scores, including The Boy and the World, Tito and the Birds, and at least eight TV series, will also appear on the “Music & Animation” panel in Mifa. There will also be a Brazilian animation history exhibition curated by ABCA (Brazilian Association of Animation Cinema), and a special book, film, website and advertising campaign created by Apex-Brasil.

For the Brazilian festival content, Annecy has granted creative control to the Anima Mundi founders. Alongside screenings of the best TV series episodes and a documentary about Brazilian animation—Luz, Anima, Ação—there are three programs of shorts. The team opted to focus on the vibrant contemporary scene, rather than curate any specifically historical programs.

Over the years, Anima Mundi has screened all of Ale Abreu’s works, and will bring his Oscar-nominated Boy And The World to the giant screen on Annecy’s Pâquier lawn. There will also be screenings of Rio 2096: A Story of Love and Fury and, if they can dig up a copy, Amazon Symphony, Brazil’s first animated feature-length film from 1951.

In addition to the curated program, the Official Selection includes eight Brazilian productions, including the feature Tito and the Birds and episodes of the TV series Angeli the Killer by Coala Filmes, and Copa Studio’s Jorel’s Brother, which Coelho describes as “one of the best TV series in the world. Very funny and at the same time very Brazilian.” Brazil will also compete in the Short Film category (Guaxuma, a Brazil-France coproduction), Off-limits Shorts (Boy Transcoded from Phosphene and The Feather Pillow) and Commissioned Films, for which Vetor Films is bringing two projects. Brazilian Fabio Yabu, who wrote the book-turned-animation Sea Princes, will be on the jury.

Brazil will organize the Mifa Opening Party on June 12, while the 45-square-meter Brazilian pavilion will provide the venue for a caipirinha-soaked reception co-hosted with other Latin American delegations on the following Wednesday. For those seeking the scoop on Brazil’s production landscape and co-pro opportunities, there is the annual Territory Focus and a panel session featuring TV Pinguim, producers of Fishtronaut and Show da Luna, Brazil’s most successful television property.

Brazilian Content Executive Manager Rachel Do Valle says that the goal is “to promote Brazil’s animation industry and to generate new business, partnerships and co-productions. It’s a step-by-step process to become more international.”

Magalhães believes Brazilian creativity is its greatest asset. “In co-productions, most of the creative parts are Brazilian,” he says, “We started by creating our own IP characters and shows. We aren’t known as work-for-hire.”

“We’ve always had waves in the country where everything was better, then went bad” says Zagury. “But Brazilians are very creative. It doesn’t matter what happens, we’re always going to be moving up.”