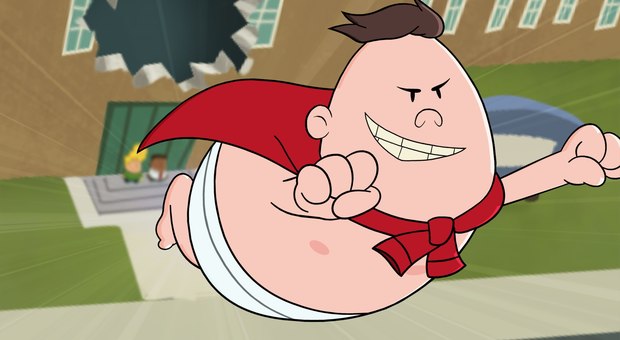 Little has had a greater impact on television animation in recent years than the expansive deal between Netflix and DreamWorks. Signed in 2013, the deal called for the studio to produce 300 hours of exclusive content for the streaming service.

While DreamWorks had made series before, the scope of what was required for Netflix was beyond anything it had produced to date. Veteran animation executive Margie Cohn was brought in to be president of DreamWorks Animation Television, quickly hiring staff to handle the load. Since then, 12 DreamWorks series have streamed exclusively on Netflix, among them: TurboFAST, All Hail King Julien, The Adventures of Puss in Boots, Dinotrux, Dawn of the Croods, Voltron: Legendary Defender, Spirit Riding Free, and Guillermo del Toro’s Trollhunters, the first in a trilogy of series the Oscar-winning director has created for the studio. DreamWorks has won 17 Emmy Awards in that time, and there are six more shows on the way this year to Netflix, and more for other outlets.

Cohn says the studio has 20 shows in production right now, and there’s still room for more. “We have a limit,” she says. “I don’t think we’ve reached it quite yet. But we want to make sure that we maintain our quality and that we’re developing everything to be its best possible version of itself.”

Producing animated series for streaming is slightly different from producing them for broadcast or cable. With Netflix dropping blocks of 13 episodes at a time, viewers can watch an entire season at any rate they want and without commercial interruption.

This more immersive experience lends itself to serialization and to more complex -- and meaningful -- storylines. Cohn cites as an example Trollhunters, del Toro’s mythology-laden set in the mystic town of Arcadia. “I think there’s nothing like that on television for families now,” she says. “It just kind of really re-invents what people are expecting from animated television. It’s definitely more like reading a book series or enjoying a series of movies.” ‘The Boss Baby: Back in Business’ © 2018 DreamWorks Animation Television.

Developing content that meets that standard on a television-like budget and schedule is daunting, Cohn says, but the studio’s upcoming shows -- a mix of originals and series based on features -- demonstrate it can be done.

The Boss Baby: Back in Business dropped its first 13 episodes on April 6, following up on the hit feature with stories focused on the relationship between the titular character and his brother, Tim.

Executive producer Brandon Sawyer says producing for a streaming audience offered creative freedom in surprising and simple ways. For example, he says, the relationship between Tim and Boss Baby’s assistant Staci changes from antagonistic to respectful after an episode in which they work together.

“We tried to track a lot of little things like that,” he says. “If you were paying attention -- or even if you weren’t -- you subconsciously felt this thing where these characters have an actual relationship with each other beyond just the story of the day.”

For The Epic Tales of Captain Underpants, executive producer Peter Hastings says the 2D show is more inspired by Dav Pilkey’s hugely successful book series than last year’s animated feature. “The movie and the TV show are separate properties based on the same material,” he says.

Streaming shows also are not beholden to advertisers in the same way, giving the studio freedom to make the shows it wants to make. “It’s really changed the business and what can be made because it’s not a finite schedule to be filled,” Hastings says. “It’s more about what we want to make, and what we want to see.”

Blurring the line between original and revival is Harvey Street Kids, a comedy that stars Little Audrey, Little Dot and Little Lotta from the old Harvey Comics line as regular kids in a neighborhood that executive producer Brendan Hay describes as “the best place in the universe to grow up and be a kid.”

“This show is unapologetically driven by three distinctly different girl characters,” adds executive producer Aliki Theofilopoulos. “We were grateful that the studio wanted to do this. We’ve made really great stories with the characters, and it just so happens that the boys love it too.” Hay says his experience on Harvey Street Kids and Dawn of the Croods has been more fun than broadcast, where the stop-and-start nature of making a pilot, halting while it gets sold, and then going back into production can radically change the original nature of a show.

With a commitment to a certain number of episodes right from the start, “you get to learn a little more as you go,” Theofilopoulos says. “On the one hand, there’s the scary part, because you’re trying to build a train while you’re driving it. But the fun part is we also have that room to figure out things ourselves. We can try things with a character and find what works.”

DreamWorks is also developing a She-Ra series for Netflix, reviving the 1980s girls’ version of He-Man and the Masters of the Universe, with Eisner-winning cartoonist and animator Noelle Stevenson at the helm. And Fast & Furious, based on the popular movie series produced by DreamWorks’ new owner Universal Studios may be the first of many visits to that studio’s vault.

“It will be family friendly, of course,” says Cohn of the series. “We’re going to push the envelope, but keep it more in line for a general audience.”

With the streaming world still awaiting details of Disney’s long-promised service, Cohn says she’s not too worried about it, thanks in part to DreamWorks’ shows being on multiple platforms. The studio has The Adventures of Rocky & Bullwinkle and Kung Fu Panda: The Paws of Destiny in the works for Amazon Prime Video, Where’s Waldo for Universal Kids, and a Mr. Magoo series co-produced with Xilam for France 3 and CITV in the United Kingdom.

“We’re not exclusive to Netflix and we’re expanding where we place our shows,” she says. “There are very few people making quality animated series for kids and family, and we’re one of the few untethered ones who are doing it -- maybe the only untethered one. So we believe that there’s going to be a lot of demand for our content.” ‘The Boss Baby: Back in Business’ © 2018 DreamWorks Animation Television.