Every Friday Chris Robinson unleashes improvised and hastily scribbled cheer or loathing on the animation community to be digested, swallowed or... expelled. This week some cheer for an exciting new generation of U.S. indie animators. 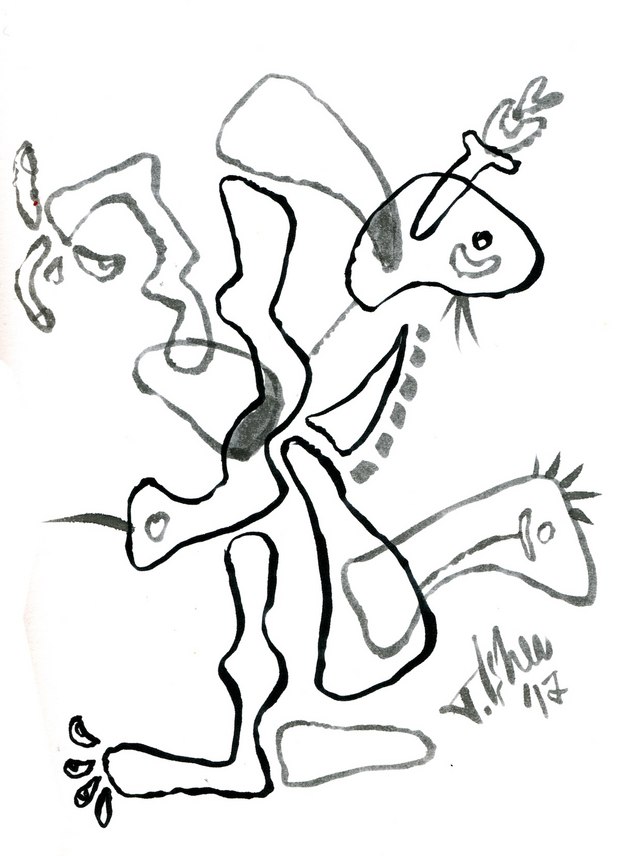 'Cheer and Loathing in Animation' illustrations by Theodore 'Ralph' Ushev

I’m thinking of our big neighbours to the south. They’ve been having a rough time lately.  I’ve got a bit of good news for them though…. some hope with a pinch of joy.

So…look…we all know that they like to make a lot of noisy fatuous fartuous facile cartoons (that’s what they call animation), but we’ve always known there’s a lot more to American animation.  Once upon a time there was a bevy of exciting indie animation coming from the U.S. via the likes of George Griffin, Bill Plympton, Paul Vester, Suzan Pitt, Candy Kugel, Paul Fierlinger, R.O. Blechman, Ralph Bakshi, Joan Gratz, Skip Battaglia, Joanna Priestley, Karen Aqua, Robert Breer, Stan Brakhage (although Breer and Brakhage might bristle at being clustered in with those ‘lesser’ animation people. See some ‘experimental’ filmmakers make animation but get all pissy about being labelled animators. I say, fuck them…but maybe that’s for another column).

Now, some of those folks are still making exciting work, but by and large the U.S. indie animation scene hasn’t been all that consistently inspiring since… I dunno… the early 90s or late 1980s. Now, there’s a lot of good reason for that. Unlike my country and probably yours, It’s pretty fucking difficult to get funding in the U.S. to make short films. That means animators have to find money through full time gigs as teachers or studio cogs (oh JJ Villard, please come back to us). Given those challenges you couldn’t blame aspiring animators for packing up shop and shifting to another career… yet, that hasn’t happened. Instead, the opposite has happened (I suspect the affordability of new technologies and a big pile of passion has played a big role) and I’d argue that indie animation in the U.S. is on the cusp of a golden age.

So instead of watching the empire’s gradual descent, do yourself a favour and feast your eyes ears and sense on these exciting new voices of America’s present and, hopefully, future. They need you and you definitely need them.