Every Friday Chris Robinson unleashes improvised and hastily scribbled cheer or loathing on the animation community to be digested, swallowed or... expelled. This week, he wonders why programmers, curators and audiences are so impatient with long short films. 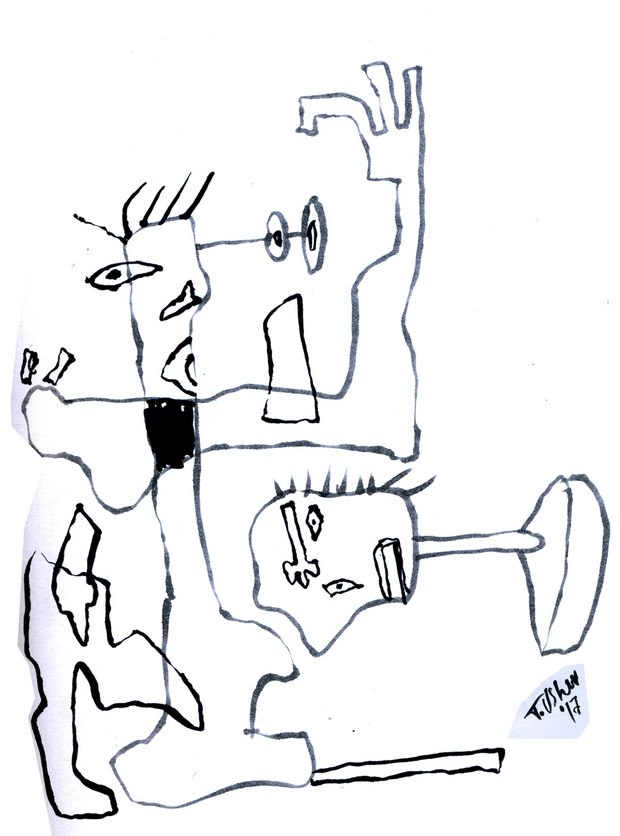 You’re sitting in a festival screening of short films. As you scour your festival guide for information about each film, you suddenly pause with dread. Your eyes widen, your heart flutters, your shoulders tighten, while psycho butterflies’ kamikaze your insides. You gently shut your eyes in the faint hope that calm will once again envelope you. It’s too late though. You know this. Resigned, you inhale a long, slow breath and prepare for the inevitable horror: a 20-minute short film.

I’m reading this book called The Shallows by Nicholas Carr. In it, Carr discusses how our brains and the way we think and process information is being altered by the internet. In one part he talks about the challenge he has reading books, how he used to easily get absorbed by one but now finds himself restless and distracted after a couple of pages. I feel the same way and have about a dozen half/quarter read books on my bedside table to prove it.  Anyway, for whatever reason – probably because I was getting restless while reading Carr’s book – it got me thinking about how impatient we are with long short films (ironic, given the rise of animated feature films). Of course, I don’t think we can fault the internet for this. Animation audiences, juries and selection committees were groaning about these films before the digital age emerged.

Why are we so impatient with and unfair to long short films? These films are usually stuck at the beginning or end of a screening – which audiences see as their cue to arrive late or leave early. As festival programmers, we seem to demand more. If you’re going to make a long short film, well, it better be a masterwork. Otherwise, why show one good 20-minute film when you can cram three good shorter films into the same space?

Is it a merely a symptom of watching multiple short films in a single 70-80 minutes (which is the maximum any decent film curator should force an audience to endure). Maybe it’s like snacking all day and then come meal time, you’re not really all that hungry. Sure these short films temporally brief, but processing and digesting them is quite a meal….and before one has ended…before you have time to breath and contemplate…you’re hit with the next short…  actually you’d think longer shorts would be more welcome cause you get time to absorb it – or sleep to prepare for the next film.

Is this fair? Is jamming a few shorter films better? Is it done to boost festival screening statistics? Is it too much to ask that we give someone 20 minutes of our attention? Most of us happily drift on the internet for 20 minutes or watch a TV sitcom (22 minutes) without much complaint or burden. Why can’t we give a long short filmmaker the same attention and patience?

WetaFX Delivers a Monstrous 3rd Act for ‘Shang-Chi and the Legend of the Ten Rings’
‘The Spine of Night’: Redefining Fantasy and Animated Filmmaking
Luma Pictures is Well Suited to ‘Eternals’ VFX Production
‘The Musician’: Celebrating Human Resilience with Cutout Animation
Plague Diversions: Gazing at the Shortlist for the Best Animated Short Oscar
Producing Animation the Right Way on ‘Ron’s Gone Wrong’
‘Sing 2’: Getting Ready for the Big Time
END_OF_DOCUMENT_TOKEN_TO_BE_REPLACED