Cheer and Loathing in Animation: Episode XV - When Machines Attack

Every Friday Chris Robinson unleashes improvised and hastily scribbled cheer or loathing on the animation community to be digested, swallowed or... expelled. Today: Festivals programming via public opinion. 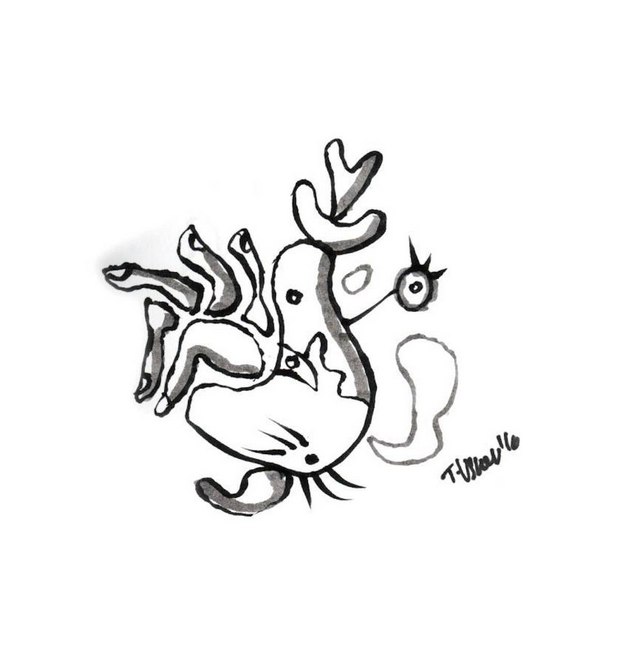 Cheer and Loathing in Animation images by Theodore Ushev

"The public is a monstrous nothing."

Once upon a time a producer called me. His film had been selected for a non-competition showcase in Ottawa. This did not please him. I calmly, and likely nervously, explained my reasoning. There was a pause. He spoke but did not address my explanation. Instead, his only response was that the film had won a grand prize at another big animation festival along with an Academy Award. That, he felt, should be enough to merit the film’s inclusion in our competition. I disagreed.  Should a festival be selecting (or rejecting) films simply because they were awarded elsewhere? Is that what should really motivate and concern a film festival?  Do festivals feel pressured or obligated to show films solely because they won awards or travelled the festival circuit.

If it is, well, it’s dishonest and somewhat icky overall because it means that as a curator/programmer, you are not making a passionate and engaged decision. And if you’re not doing that, well, what’s the point? Why are you even doing this work?

Did the programmer perhaps dislike the work, but then, feeling perhaps insecure, decided that he/she/they might be missing something and so they roll the dice and accept the film anyway? Is it stemming from a worry that they risk being considered stupid for not seeing what an obviously brilliant film this was?

On the other extreme there are festivals that won’t screen a film in competition solely because it has won many awards or been at numerous festivals. Is this an attempt to carve out an identity for a fledgling festival? Perhaps and I can understand to a degree…but regardless, it again strikes me as dishonest and even a bit patronizing. It’s like enforcing a salary cap on animators, punishing them for being successful. And that’s wrong. It’s dishonest to your audience, the filmmakers and yourself.

Passionately and honestly liking/disliking a film is far more laudable than passively accepting/rejecting it.