Every Friday Chris Robinson unleashes improvised and hastily scribbled cheer or loathing on the animation community to be digested, swallowed or... expelled. Today: The tedium that is festival ceremonies 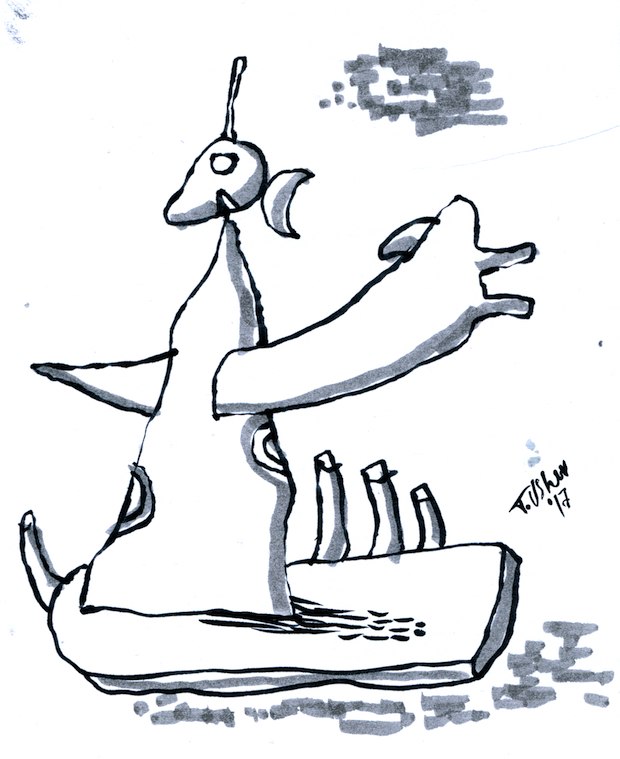 He who does not expect will not find out the unexpected, for it is trackless and unexplored.

So many important issues being discussed today and I want to a take a second to touch on one that far too many people in our community have been avoiding: festival ceremonies.

Festival organizers, please, enough with the bullshit. For the last three decades or so, I’ve endured way too many long and tedious festival ceremonies (including some of my own). Enough with the formal speeches. Enough with the monotonous monologue drones from assorted politicians and local dignitaries – most of whom mean nothing to your audience. Enough with people reading speeches they didn’t write and don’t mean. No one, I mean no one in the audience honestly wants to hear a dignitary give yet another long winded gust of hollow cliché blabber. It’s opening night, you’ve got your audience right where you want them…they’ve travelled the globe, trekked the continent, journeyed the country, or crossed the street just to be there, to be at your gathering. So why on earth would you then proceed to bore the fuck out of them for the next 30-60 minutes with talk? It distracts from the point of a festival, which is to bring people together, to share a sensory experience, to have fun, to socialize. They don’t want to be talked at. We ditched speeches (with the exception of our 40th anniversary in 2016, ugh) because I didn't like reading or listening to horseshit. I want our audience to have fun, to get them loosened up, to make them feel welcome and more at ease. So…for years, we’ve always tried to have a comedic element to our on stage introductions. Sure, it’s not appealing to everyone and might even bore a few folks, but at least it’s coming from an honest place. Even the years I’ve said more serious things on stage, I didn’t read from a script. Scripts should be banned. They make it all the more phony and stiffer than my great aunt’s freshly discovered corpse in that alleyway near the Ottawa airport. I used to be horrified by the idea of speaking in public and reading from a prepared script made it all the worse. Scripts are like a prison. You’re so focused on the words, that it just tenses you up cause you’re so afraid of missing a line. So I ditched the script, wrote down a few fragmented thoughts on an index card and learned to just wing it…if I stumbled, well so what… it’s at least REAL and honest. For some it’s funny, for others it’s probably awkward or uncomfortable, but I’m sure it resonates with the many people who are also petrified of public speaking. Festivals are meant to be fun, so why on earth would you start things off by boring people to a living death?