Cheer and Loathing in Animation: Episode XLVII - Things That I Will Keep

Every Friday Chris Robinson unleashes improvised and hastily scribbled cheer or loathing on the animation community to be digested, swallowed or... expelled. Today: a salute to the late Peter Dougherty, a champion of indie animation 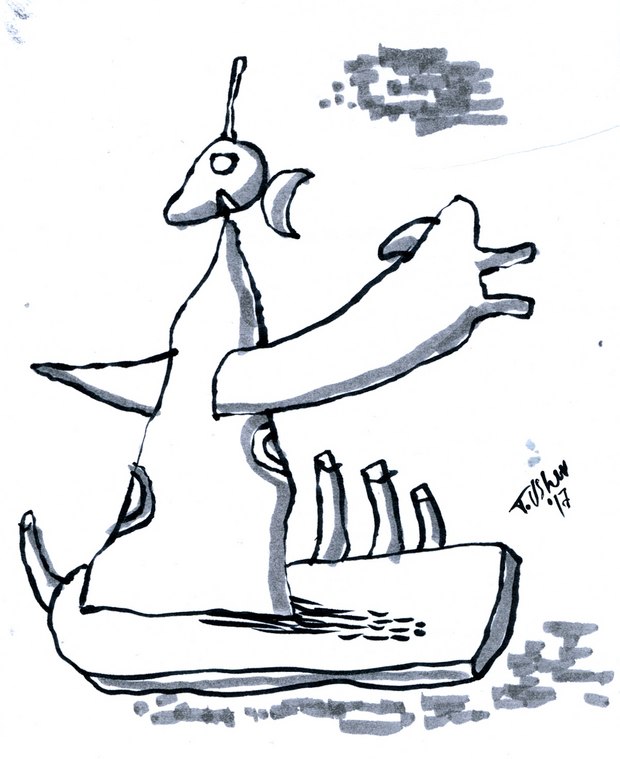 His name was Peter Dougherty.

Many of you in the animation community knew him. Others knew of him. The younger generation probably doesn't know much about him, but should.

During the 1990s, he had an enormous impact on international animation. Through his work with MTV and MTV Europe, Peter commissioned many independent animators to do an assortment of ids, shorts, music videos. He worked with The Quays, Phil Mulloy (see video below), Run Wrake (see 2nd video below), Jan Svankmajer, Susan Young, Jerzy Kucia, Priit Pärn, Peter Chung, Piotr Dumala… you name it. It was pretty ballsy to bring all this strange and dark animation to mainstream televisions, but it worked and it not only gave MTV a distinctive attitude and look, but it also provided welcome exposure and some coin for an assortment of talented artists who weren’t exactly raking it in.

Peter was always a great supporter of independent animation. Long after he’d left MTV (he worked there from about 1990-2001), he continued to travel to the Holland Animation Film Festival where he would host the popular Breakfast Show chats with attending filmmakers.

Of course, I also remember a friend.  He was extremely funny, one of the few people who had me frequently bent over in laughter all the time. I first got to know him via my pal Gerben Schermer back in 1996 in Cardiff and Stuttgart…or somewhere like that. That he was so welcoming and warm to some nobody (I was only just starting in animation then) speaks volumes to the kind of person he was. Our friendship continued right through till the end of his life. We drank, smoked up (I think we hung out in Utrecht more than any other place), went to record stores, talked about crime novels… but mostly we laughed a hell of a lot. What made him especially funny was the way he spoke…this deadpan delivery that was a bit like that of comedian Colin Quinn…you know … very Brooklyn sounding. It was like some industry bigwig who’d just come out of a Brooklyn alleyway. His thin, almost boyish appearance always seemed at odds with this Brooklyn voice that used words like ‘homey’. I remember how generous he was. He knew, let’s say, about my love of various writers,TV shows, bands (in particular, Guided by Voices or The Who) and every so often, he’d send me a cd, a link to one of their live show recordings. And look, I wasn’t even among his closest friends. If he was doing that for me, imagine what he did for those closest to him.

Anyway… I’m not really sure where I’m going with this other than that I just wanted to take a few minutes to remember a friend of mine and others and a guy who was such a true champion of independent animation (I didn’t even get into how instrumental he was is in bringing hip hop to the mainstream via MTV in the 1980s). Given the many exploitive shitheels littering the animation landscape today, I’m even more appreciative of the work Peter did.

So… today, I hoist a few for a good, kind man who is missed by many.

Oh… and you know how modest Peter was? We knew each other for 20 years yet I had no fucking clue that he directed a bunch of early Beastie Boys videos and this famous video for The Pogues:

Fairytale Of New York from eLzO on Vimeo.

‘Natural Habitat Shorts’: Like ‘Ranger Rick,’ But for Adults
Framestore Sets Sail on ‘1899’ with New Virtual Production Tools
Animated Characters: The Art of Babbitt – Part 1
Bruce Smith and Ralph Farquhar Talk ‘The Proud Family: Louder and Prouder’ Season 2
VFX is the ‘Thing’ for Tom Turnbull on Tim Burton’s ‘Wednesday’
We Need to Chat
Choc Chip Animation Riffs on Pop Culture in ‘The Art of Murder’
F is for Flake: The (Not So) Great Animation Robbery?
END_OF_DOCUMENT_TOKEN_TO_BE_REPLACED