Cheer and Loathing in Animation: Episode XLVI - Other Dogs Remain

Every Friday Chris Robinson unleashes improvised and hastily scribbled cheer or loathing on the animation community to be digested, swallowed or... expelled. This week: Pookie the Pug has a problem with the way dogs are portrayed in animation and popular culture. 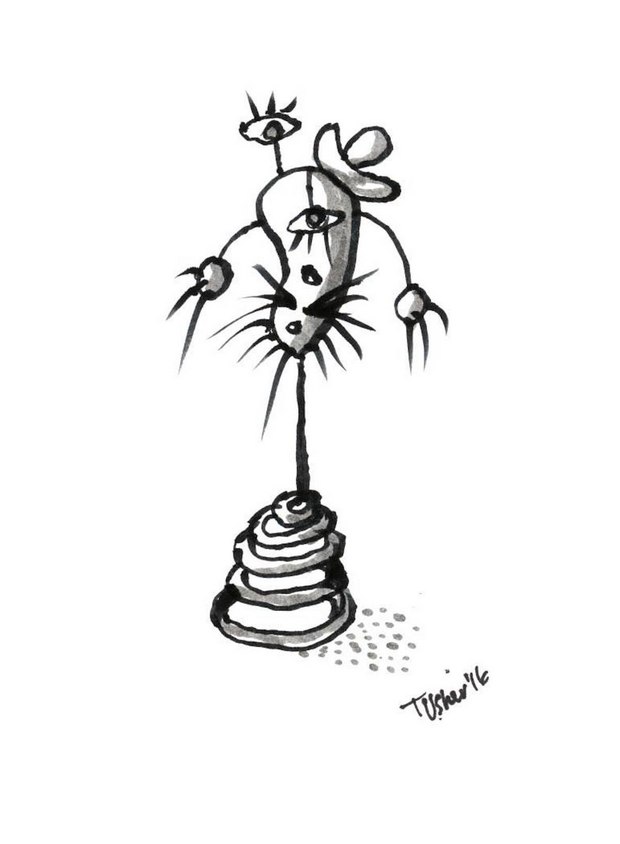 The dogs of war don't negotiate
The dogs of war won't capitulate,
They will take and you will give,
And you must die so that they may live
You can knock at any door,
But wherever you go, you know they've been there before
Well winners can lose and things can get strained
But whatever you change, you know the dogs remain.

Few weeks back I was writing about the tedium that is cats and animation.  Today, at the request of my friend Pookie the Pug, I want to address another injustice in animation: the inhumane disregard for dogs in animation. You see Pookie is fed up. He says that every animation he watches seems to portray dogs “in an unfavourable light”. “Dogs, says Pookie, “get very little love in animation. They’re (he pauses for a moment as a squirrel runs by the window) either unstable idiots (Droopy, Warner Bros’ Chester and Spike, Scooby-Do, Disney’s Goofy, Ren (Ren and Stimpy), Bill Plympton’s dogs, Brian from Family Guy), colonizers (Joanna Quinn’s Brittania) victims of human and monkey abuse (Suzie Templeton’s Dog, Riho Unt’s The Master) or just outright malignant beasts (Lupus, Peripheria).” From Plutarch to Shakespeare to Pink Floyd (Dogs and Dogs of War) to Stephen King (Cujo), culture has tended to portray dogs as vicious, perverted (AC/DC’s Givin’ the dog a Bone) violent evil creatures’ hell bent on tasting human blood (from Shakespeare to Cujo), dogs seem to be unfairly assigned a masculine trait, or at least a trait that designates violence, menace, bullying. Any dogs who are portrayed favourably (Lassie, Ol’ Yeller) are frequently punished in the end.

Only a few animation films, according to Pookie, “get it right” by celebrating the tender, loyal, loving and cerebral side of the dog. In Nick Park’s Wallace and Gromit films, Gromit the dog is clearly the superior being. Charles Schultz’s Snoopy, while delusional and possibly insane, has insights into the world his human chums lack. Linus and Charlie and Lucy talk bicker and ponder, while Snoopy just gets out there and lives.  Pookie also mentions Janet Perlman’s Monsieur Pug as a favourite for its valiant attempt to get inside the mind of a dog. “She really tries to understand the way we see and process the world,” says Pookie.

Monsieur Pug, Janet Perlman, provided by the National Film Board of Canada

For Pookie though, his favourite film remains Paul and Sandra Fierlinger’s beautiful doggie ode, Still Life with Animated Dogs (2001). He feels that “it’s the most honest, loving and revealing portrait of dogs and their complex relationship with human beings.” While Pookie feels it “sometimes slips into cheesy cliché”, he is willing to overlook that because of “the filmmaker’s genuine love and understanding the essential nature of dogs.”

As we continue to walk, Pookie pauses. As he lifts his leg to mark a nearby push, he thanks me for writing this and hopes that this article “will increase awareness and lead to more accurate portraits of our species and a better understanding between human and…”

Before he can finish his heart wrenching appeal, Pookie races off after a leaf.