Every Friday Chris Robinson unleashes improvised and hastily scribbled cheer or loathing on the animation community to be digested, swallowed or... expelled. This week we send some cheer to Holland. 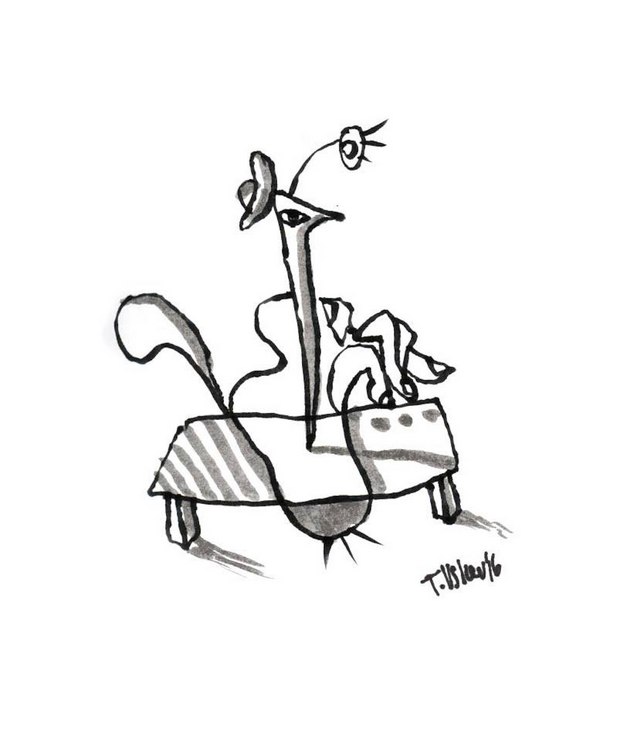 Cheer and Loathing in Animation illustrations by Theodore Ushev

Outside of the OIAF – which I sorta have to attend – the only animation festival I am consistently committed to is the Holland Animation Film Festival (HAFF) – which just hosted its 20th edition this month (HAFF was founded in 1985). While Annecy, Zagreb, Ottawa and Hiroshima gets most of the attention, HAFF has quietly gone about its business steadily serving innovative and provocative screenings, exhibitions, installations and talks that expand, push and challenge the borders of animation.

When I started out with the OIAF, I didn't look to Annecy for inspiration, I found it at HAFF via festival director, Gerben Schermer. He’s always kinda done things his own way, always been a little ahead of the rest of the animation festival pack in some respects. Schermer and HAFF had an enormous impact on me when I started curating OIAF programmes. He encouraged me to follow my own path and not just do stuff because well, that’s the way it’s always been (i.e. being an ASIFA festival, having a selection committee). We are a small community. That’s a nice thing, but sometimes it’s a bit too insular. Schermer has made it almost a mission to open those doors to connect animation with the world of music, comics, and fine arts (via HAFF’s many installations and their always inspiring festival posters).

Schermer also has a knack for spotting interesting hot spots before other festivals. Take the case of Chinese animation/art. This year Annecy is doing – with Schermer’s aid – a big tribute to contemporary Chinese animation. HAFF has been showcasing Chinese artists for years now. Remember the Estonian scene? Ottawa always gets gently teased as the Estonian animation festival, but honestly, HAFF was focusing on those weirdos in the early/mid 1990s. That’s how I stumbled upon them.

A few years ago I remember a Toronto newspaper (The Globe and Mail, I believe) attacking a film festival in Montreal because they ‘they show films by people we’ve never heard of.’ Are you kidding me? That’s exactly what a good festival SHOULD be doing. Festivals, in my mind, exist to bring new voices and perspectives to audiences. That should be their priority. I mean how do you think we came to know Pärn, Kovalyov, Yamamura, Quinn, Pavlatova, Plympton, Hertzfeldt, Norstein, Quays etc…? Yeah, through festivals. They were all unknowns once upon a time and it was via festivals that they were first introduced to the world.  I’m not saying festivals should exclude established animators, but the priority should be on unearthing new voices.

HAFF, more than many animation festivals, has done just that. HAFF isn’t perfect. I don’t always agree with their curatorial choices, but I almost always respect them and feel inspired by them.

How Digital Domain Brought Photoreal Characters to Life in ‘The Quarry’
SCAD GamingFest: Building Shared Story Experiences with Diverse Character Design
Mission Critical: ‘Lightyear’s Journey to Infinity and Beyond
Putting the Fun in Dysfunction: The Non-Humanistic Therapy of ‘HouseBroken’
‘The Freak Brothers’: This is Your Humor on Drugs
The Heroic Logistics of ‘Superman & Lois’ VFX
‘Eureka!’: An Inventive Imagination Runs Wild in a Prehistoric Paradise
END_OF_DOCUMENT_TOKEN_TO_BE_REPLACED