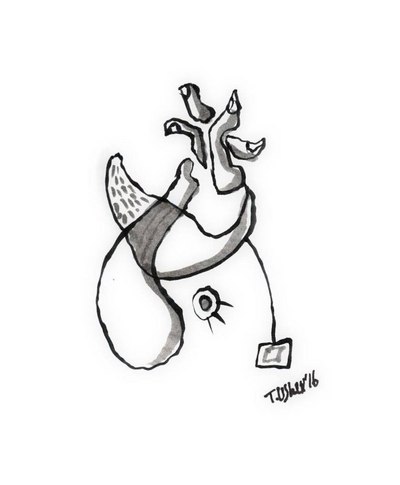 I’m a straight (subject to change I guess) middle-aged (definitely will change) white male (unlikely to change). I’m not materially rich by any means, maybe lower middle class? I don’t even know how these classes break down frankly. Aside from a brief cancer battle (probably won’t be the last one) I’ve had a comfortable life. I’ve never fought in any wars.  Hell, Canada as a whole has been pretty fucking fortunate. Anyway, I’m probably not the most qualified person to talk about whatever the hell is happening right now. I can’t pretend to know what’s what or offer any solutions. I don’t believe in protests and demonstrations. I kinda feel that if you want change, get some bricks and bats and let them have it. Even then I doubt it matters. We’re dealing with psychopaths armed with billions of dollars and military and police and media… okay…this is getting too depressing…that’s not my intent here. All I know is that thanks to the world of animation I’ve been able to travel the world and expose myself to different cultures and values and visions (especially at Dutch coffee shops!). My closest friends are Bulgarian, Dutch, German, Estonian. My wife is from the Balkans. Her family had to flee their home in the 1990s because of war, xenophobia and brutal political psychopaths. Now there are times when our little community and it’s fear of offending can be very irritating, cowardly and patronizing. We are definitely a community that could benefit from more honest and critical discussion about the films being made. But…okay… that’s a relatively small point. For the most part, the animation scene (and again, as usual, I’m really talking more about the indie/festival community) is an incredibly inclusive, tolerant and open society. Now I didn’t fully enter this community until the mid-1990s so I wasn’t around during the iron curtain years, but from what I’ve read and heard about, it seems to me that even then the animation community via festivals and ASIFA provided a bridge between the so-called East and West. For Estonians in the USSR and other curtained countries… festivals were a great opportunity to drink in a world that they were being denied. Hell, it was probably equally educational for animators from more open countries. I’m not sure where I’m going with this. I guess I’ve been thinking…well, what can animation do to confront this current rise of nationalism and intolerance, but maybe the answer, however naïve that might seem, is quite simple: the animation world should just continue on as it is: an inclusive community that embraces, challenges, educates, provokes and irritates but that ultimately does so out of a deep love, acceptance and respect for different voices and visions.

I dunno… what else can we really do other than keep that bar high?

Tags
Opinion
Satire
Gonzo
Philosophy
Short Films
animated short films
People
More From ANIMATIONWorld:
Next Post
The Past and Future Torment the Present in Theodore Ushev’s ‘Blind Vaysha’Previous Post
Keep it in Motion - Classic Animation Revisited: 'Jukebox'
Related Content
Cheer and Loathing in Animation: Episode X - Smacks of Euphoria
Cheer and Loathing in Animation: Episode 1 – The Dark Side of the Toon
A Tale of Two Titties