Cheer and Loathing in Animation: Episode X - Smacks of Euphoria 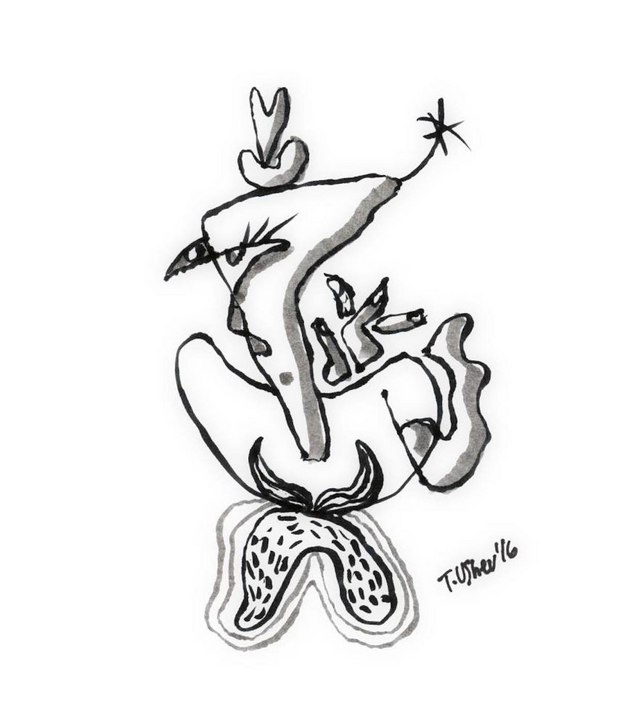 Two friends talk about the Oscars.

Chris Robinson: So.... it finally happened. Does it feel the way you imagined it would?

Theodore Ushev: I never imagined. So it is a brand new experience. It doesn't feel like a foot massage, though... As I'm tall, it takes time to get into my brain, especially into the winter time, when the snow blocks the road. When it gets there, will let You know.

CR: What's a foot massage like? I don't mind massages in general, but I have this thing about people touching my feet. It feels uncomfortable and triggers a kicking motion when touched.

CR: I'm relieved that you haven't had a foot massage. If you had it might have hurt our friendship. That said, I bet they offer free foot massages on Oscar night. Speaking of which, who will you be wearing that night?

TU: Who? Me&myself. We have limited number of tickets.

CR: I'm talking about fashion! It's common for Oscar nominees to be wearing a famous designer. They are often asked on the red carpet, "Who are you wearing?"

TU: Ah, Ok. I got it. Ivanka Trump, who else! If you want to get through the border, You have to wear Trump.

CR: Has the Bulgarian king - or whatever it is you people have - been in touch to congratulate you?

TU: You betcha! We got a new president - an airforce general! In the normal countries the generals come by military putsch, in Bulgaria they come by elections. If he contacts me, it will be only to go back into the army - so I concealed myself.

CR: I suspect you will be a hero in your birth home. I bet that Justin will want a selfie with you though.

TU:Yes, i've heard the phrase " You and Grigor Dimitrov (a Bulgarian tennis player, winning now on Australian open) are the most loved men right now in Bulgaria". Well...(beep). As for Justin - any time, my friend!

CR: Speaking of your film, have you ever been in the present? I think I was once. It was 1987. I took LSD for the first time. Everything become one. I did not enjoy that. The only other time I came close was two weeks ago. I had some Dutch skunk cotton candy and watched Spielberg’s Bridge of Spies. At some moment I travelled through time right back to the period of the film. It was satisfactory. You know, I have to say…being in the moment has been a rapid disappointment to me.

TU: You OK now? Do You need to call Your wife? An ambulance?

CR: Shit...no...I’m not fine... look at the moment we are in. Who the hell wants to live in this present surrounded by these barbaric swines. I think I prefer to take my chances with LSD time travelling. Are you with me!?

CR: Shit man, why didn’t you tell me? I just took a tab of lemon cloudtwist okay…shit.. why is there a marshmallowing fog circling you!? Quick give me your phone. Let’s see those Trump tweets…. Oh man… oh man oh man… stop… here…tell me what this tweet says (returns the phone back to Ushev)

CR: Oh…see… what I see is “I’m removing your right to vote and I will fry you in bat juices.”

Eyes closed, CR runs off and smacks into a wall.

TU turns to address the audience.

TU: I told him to keep his eyes open.

The audience stands and applauds. JustinTrudeau and Justin Beiber rush forward for a picture with Ushev. With all eyes upon them, they all smile. Everyone smiles.