Cheer and Loathing in Animation: Episode LI - We Don't Need to Know Who You Are

Every Friday Chris Robinson unleashes improvised and hastily scribbled cheer or loathing on the animation community to be digested, swallowed or... expelled. Today: Just what the hell is animation anyway? 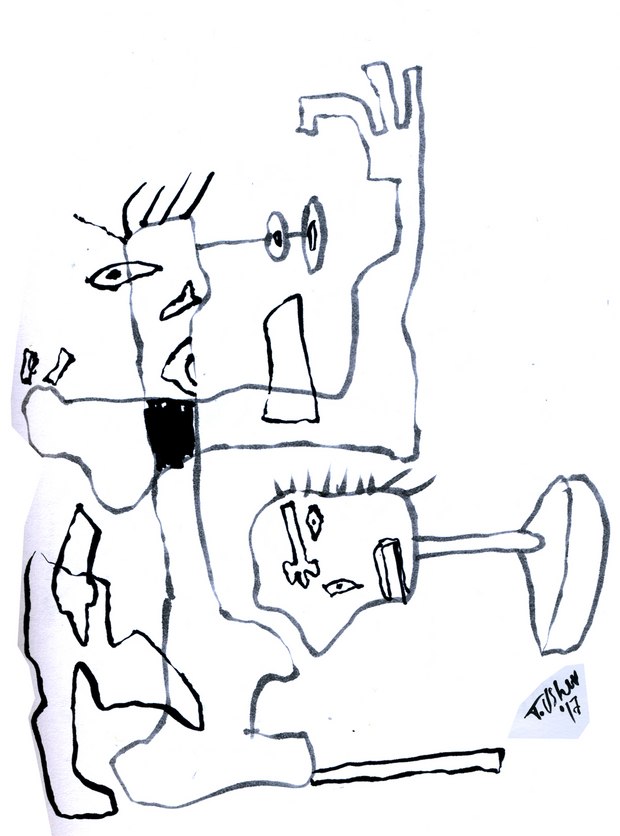 While in Fredrickstad, Norway, a new colleague was briefly describing his earlier talk at the festival there. He mentioned that a heated discussion developed about motion capture and whether it should be considered animation. It’s not a new question. People have been questioning certain techniques long before I was a seed in papa’s sperm pool. Similar questions have been asked about rotoscope (notably the work of Bob Sabiston… although it’s funny that you don’t hear the same folks question the Fleischer Brothers), puppet, pixilation, and even computer animation as a whole.

I don’t know where I stand really. I mean, does it matter? If the work is good, who cares? And who are we to say what animation truly is? There’s no higher power determining it, it’s just us…me you and my pops (who doesn't give a shit about cartoons or such questions).

I mean I’ve come across festival entries that use ‘live’ puppets or where images are manipulated but not technically, animated. Yet, some of these works are really good and have the vibe of an animation film. Still, they would generally not be accepted by animation festivals.

Yet, there’s work like the abysmal looking Loving Vincent (to name just one recent example) that uses rotoscope in such a way that it looks cheap and flat… and screams WE ARE JUST USING ANIMATION CAUSE IT SAVES US MONEY not because we give a hoot about the art form (And there does seem to be a trend now in features where animation is being exploited for purely economic reasons).

And on the other side of things, we now have endless examples of Hollywood blockbusters that, frankly, you could say are just animation films (e.g. any of the recent Superhero/action movies, Star Wars prequels). Shouldn’t Spiderman or Attack of the Clones be called animation films?

If it doesn't matter than why even bother with categorization? What even call it animation? Why photography? Film? Documentary? Live action? Why men? Why women? If we don’t care about definitions, then we can liberate ourselves from these categories, right?