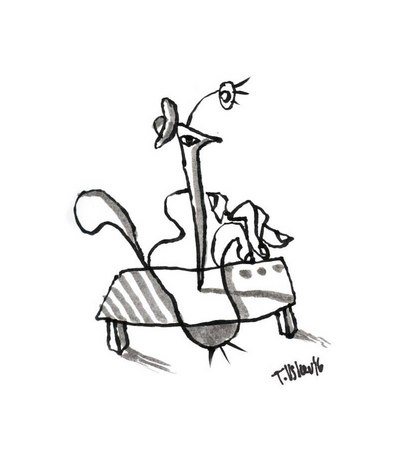 I’m sorry to hear you’re having some trouble with the ladies. They’re so pesky aren’t they. You know… wanting all the same opportunities (how dare they want to be allowed to make mediocre animated features and shows like you guys do!) and treatment as the guys get (the same pay for the same work. I mean, COME ON! How is that even logical!?). You’re in luck though. We can help you. Next time you need someone to talk with about what’s irking these gals, we’ve got a whole roster of teachers, filmmakers, scholars, writers, curators, musicians, festival organizers, and producers who’d love to offer some input:

We get that you’re going through a hard period. Times are changing and you’re afraid. That’s understandable. We don’t want to push you when you’re already down --- and I mean down, deep deep deep down, I mean you know… your souls, consciences and egos are face deep in stale shit…. And if it makes you feel any better… we know that we need to be way better on every level... but compared to you guys, we’re like the Maude to your Archie.

Anyhow, I know that's just a few names, but you guys couldn't even come up with one. Let us know if you need more. We will have lots more. We’re always ready to help.