Cheer and Loathing in Animation: Episode 1 – The Dark Side of the Toon

Every Friday AWN’s Chris Robinson unleashes some freewheeling cheer or loathing on the animation community to be mused, countered, or disregarded. It’s your call. 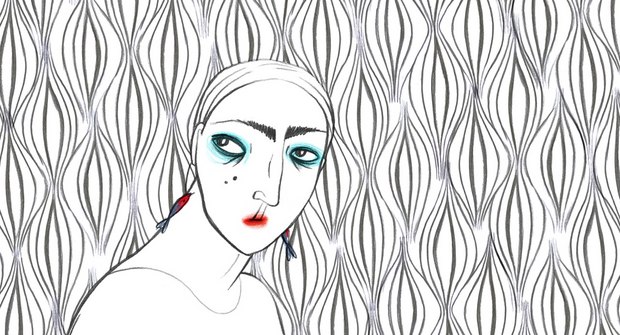 ‘Impossible Figures and Other Stories II’ by Marta Pajek.

Jesus Christ people, I get it! Too many dark weirdo animation films being created shown digested. Been hearing it for years. It’s tiresome people. Films that challenge you are not necessarily dark, weird or what-the-fuck. Maybe you need to be a better fucking viewer ‘cause a lot of these films have an abundance of black humour and frequently travel from dark to light. Do you really want hollow unfunny comedies about some 3D animated fuck trying to pop a pimple? Oh there’s plenty like that. You know the ones youngsters make thinking it’s gonna get them noticed by a BIG studio.

Some of the best and smartest comedy is dark (see Phil Mulloy, Priit Parn, Joanna Quinn, Michaela Pavlatova, South Park). And yes…there’s some humourless dark films too (Quays, Kucia, Dumala)…but what the hell do you want? Find me any animation festival that doesn’t have an abundance of overly serious oh-so-tragic poetic woe-is-me wanks? Oh right…you wouldn’t know cause the ones who complain loudest about the dark films are the ones who don’t go to (m)any animation festivals. Look…I don’t like humourless films. They’re suffocating…but at least many of them are somewhat smarter and moderately more mature than the tripe that thinks it’s comedy. Besides…it’s clearly a reflection of the time. The world is kinda fucked up right now. People are on edge and anxious and distracted and confused and lost. There’s the environment, the bombs, threats, economy, cancer, racism, sexism ism ism isms everywhere you look… and that orange guy. Makes sense that animators being you know human beings are also affected by this stuff. Hence the bleak anxious befuddling films… they’re trying to make sense like the rest of us without coating it in powdered sugar on fried bread with fries (apparently that’s a Cuban delicacy)

Better yet… why DO you think animation is saturated with strange, mysterious and sombre work? Instead of me having to deal with your groans, why don’t you ask the artists themselves. Maybe they know what’s up.

Even better, ask yourselves.

And yeah…I stole the title for this Friday column from my wife. She said it’s okay. Really. Beats Pimp, right? It’s kind of a fusion of Kierkegaard, Hunter Thompson and The Beach Boys.