Change can be scary but taking a chance to better your career and embrace new opportunities. can be well worth the risk. 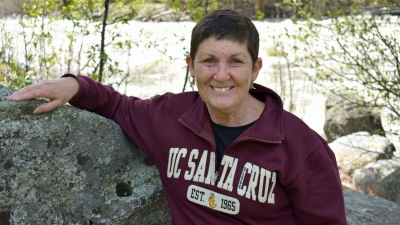 “Even though enthusiastic commitment may carry with it the risk of being wrong, still only those who take the chance will ever attain complete creativity. The committed person, win or lose, is the one who finds the real excitement in living.” - Dr. Norman Vincent Peale

When animated computer graphics took hold some traditionally trained animators feared the technology. They refused to learn new skills and became less employable.  One ink and paint artist I worked with on Bebe's Kids refused to learn digital ink and paint, saying it would take her a year to learn it and she was too old to try something new. I pointed out that in a year she would be one year older whether she learned something new or not--why not add a new skill?  Fear can kill your career.

One of my career coaching clients took a chance and made a big change. She quit working for Pixar and took a new job with a software company which allowed her to work from home so she could spend more time with her family, which had been relocated.  After a few months, she realized that the software company was not fully utilizing her skill set and she took another chance and spoke with her supervisor about it. She was nervous that she would appear too demanding, having been with the new company such a short time. But she took the chance anyway and the supervisor found a way to expand her role and utilize more of her skills–both the company and my coaching client benefitted from her taking these chances. Here’s another story about taking chances and making changes.

Paul lived in Amsterdam and was waiting in a hotel lobby to speak to a chaperone of a school group who he was to help guide on a tour of the Heineken beer brewery. He was approached by an American. She asked him if he spoke English and if he could translate a story in the newspaper.

Paul moved from Amsterdam, his birthplace, and took a chance at a new life in a new country, moved to New York City, married Sue, and became a citizen of the United States.

Taking chances led to many changes for Paul and Sue.

My sister Regina stayed in a job she hated for a long time. As a career coach, I kept encouraging her to make a change. She finally took a chance this year and it transformed her. She now has a smile in her voice and shares that she loves her job. I used to wonder if career coaching was a worthwhile endeavor and now when I see the difference in Regina, I am convinced that it is. Take a chance and make a change. It can be as simple as taking a different route to work. Or trying a new item on a menu. You might discover something you like. But you’ll never know if you don’t try it.

I’m glad Paul and Sue were willing to take a chance and make a change. My parents Paul Kleibrink and Sue Richmond wrote letters to each other for four years and were married for more than 63 years.

Pamela Kleibrink Thompson is a career coach specializing in helping creative people succeed.  She also recruits for companies in visual effects, animation, games and design.  She speaks at schools and conferences about how to get jobs in animation and other creative fields.  To reach her for recruiting or speaking engagements or for a private consultation to learn how to create a career you love, or help with taking chances and making changes, email PamRecruit87@gmail.com.