The beginning of the school year means it’s time for fresh starts, and a time for both students and teachers to learn new things. 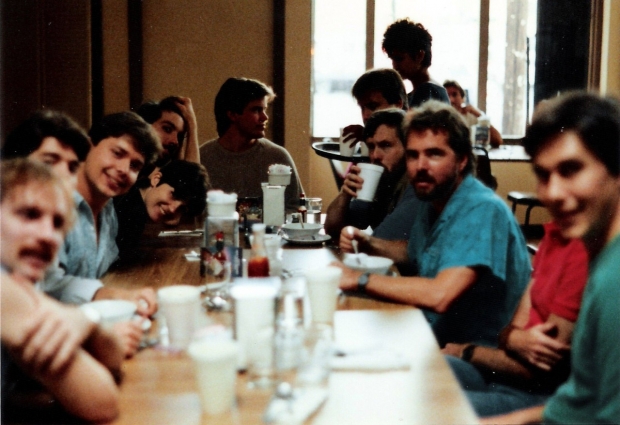 What are you doing to give yourself a new beginning? Is it time to start learning new things? If you could learn something new, what would it be? Is there something intriguing or interesting that you would like to try?

If you are feeling “meh,” maybe it’s time to learn something new. You might meet some new people too. It’s never too late to learn.

Years ago, a friend of mine who worked in traditional ink and paint complained to me about how long it might take her to learn digital ink and paint. She thought it might take a year. She wondered if she was too old. I pointed out that in a year she would either have this new skill or not. But either way, she would be a year older.

Take the advice of Lois Aileen Bey: “Learn something new every day under the sun. You will never get old if you do.”

Recently, a career coaching client asked me if he should learn previs. My answer was why not? The more skills you have, the more opportunities you can take advantage of when they come your way. Currently, my client may not be able to land a job in previs, but a year from now, he would have some samples of his work to show. He might even discover that he likes doing previs. Life is full of opportunities for those who are prepared, persistent, and passionate.

One of the most passionate artists I’ve worked with was Ralph Eggleston. When we worked on Brad Bird’s Family Dog (1987) in a loft studio on Traction Avenue in L.A., Ralph’s desk was across from mine. He cranked out drawing after drawing like he was an animation machine. The placement of my desk near the front door made sense as I was the production manager and fielded visits from vendors and freelancers as they came into the studio. But I wonder now about why Ralph was at the entrance to the studio. Was it to inspire the other artists to be super productive and enthusiastic? If so, it worked. As I watched Ralph my enthusiasm and excitement for the project grew. His joy in animation was contagious. He was obsessed with animation and storytelling, like many who worked on Family Dog. Ralph was fun to work with. He had a positive, can do attitude and worked at warp speed, cranking out footage. He had tenacity, focus and talent.

Ralph Eggleston passed away on August 28 from pancreatic cancer, exactly a year after my dad died from COPD. I didn’t even know Ralph was ill and I never got a chance to tell him how much I appreciated him and his sense of humor and storytelling. His phenomenal work ethic is something I would want anyone to emulate or strive for. Ralph was one of the most dedicated people I knew. One of his many accomplishments was writing and directing For the Birds, an Oscar winning Pixar short.

When I was in college, a popular poster in the dorms read, “Today is the first day of the rest of your life.” Yes, the one we’ve all seen.

You have an opportunity to learn something new every day.

What are you waiting for? Start now.