The Burden of Dreams 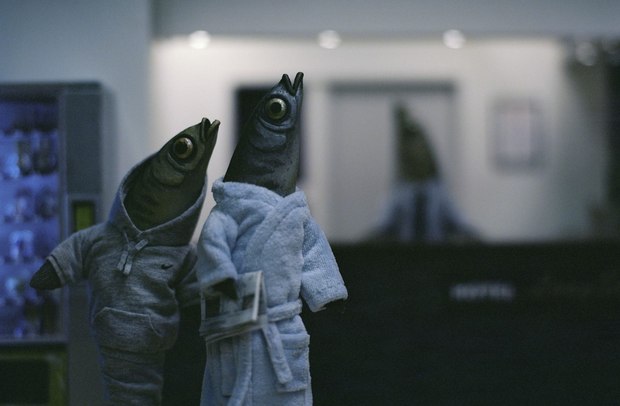 “When the danger is so great that death becomes the hope, then despair is the hopelessness of not even being able to die.”
— Kobe Bryant, overheard quoting Kierkegaard during the 2000 NBA Finals.

“When you’re chewing on life’s gristle
Don’t grumble, give a whistle
And this’ll help things turn out for the best”
— “Always Look on the Bright Side of Life” Monty Python

When I was in my teens, I worked briefly at a local McDonalds. Failing -- and embarrassed to be seen -- as a cashier I asked to work the overnight cleaning shifts. It meant working from about midnight to 7:00AM, but it also guaranteed anonymity and solitude. During those shifts, there were many nights where the music was cranked and we’d (there was usually one other cleaner) turn the experience into a mini musical and sing and dance as we cleaned -- poorly -- the fryers, freezers and fridges. What else were we going to do? It was a shit job with shit hours and shit pay. Why not sing and dance through the night?

A similar feeling of hopelessness forms the core of Niki Lindroth von Bahr’s stop-motion animated short The Burden (Min börda), a film that seems to fuse Gene Kelly and Finnish filmmaker Aki Kaurismaki into a proletariat existential musical about an assortment of loners, losers and minimum wage earners working dead-end jobs in a dead-end world.

The Burden is divided into four sections: in a hotel, lonely fish sing about their woes; two custodial mice working late in a cafeteria perform a dance number; a team of telemarketing monkeys sing out the drivel they must repeat incessantly to customers; and, finally, an overnight stock clerk dog sings as he watches items falling from the shelves after a sinkhole appears in the supermarket floor.

Now The Burden isn’t the first fish mini-opera (that honor, possibly, goes to an Estonian animation film, Mati Kutt’s brilliant Smoked Sprat Baked in the Sun) nor is it the first working class musical number (see “Every Sperm is Sacred” from Monty Python’s The Meaning of Life, or even the hilarious, absurd “Kool Thing” dance in Hal Hartley’s Simple Men or Jean-Luc Godard’s neorealist musical, A Woman is a Woman), yet something has clearly resonated with contemporary audiences. The 14-minute short film has won a close to 30 awards (including the Cristal at Annecy 2017) from not just animation festivals, but live-action ones as well. It’s rare that a single film singularly captures so many diverse juries and audiences. “I guess that the feelings of boredom, pointless work and existential anxiety are quite universal, “says Niki Lindroth von Bahr, who spent two-and-a-half years working on the film. “I also like the idea of fishes in bathrobes as a world unification. Something like that.” And certainly in this time of repulsive inequality, the carpet bombing of information and a general sense of anxiety and terror at times, it really is no surprise that the film about an assortment of dancing worker animals has resonated so many people.

“For The Burden,” says Lindroth von Bahr, “I wanted to explore the outcome of colliding two very different atmospheres: the cheerful classical Hollywood musical feeling combined with the undermining boredom of pointless work and existential anxiety in general. Our littleness in the universe framed in joyful tap dancing. I thought it might be interesting.”

The film began, not surprisingly, with the music. “I worked together with the brilliant composer Hans Appelqvist, who wrote the music,” says Lindroth von Bahr. “He made the music in his own style, but according to my instructions about the atmosphere and the rough storylines of each episode (e.g the hotel sequence would be low-key and melancholic, the call center was a cheerful Busby Berkeley tribute). We recorded everything live with a 15-person orchestra, (that killed our budget from day one). Then I spent a really, really long time building sets and puppets. And finally me and my colleagues animated the scenes in some tiny basement rooms in Stockholm and Trollhättan.”

In terms of settings, you really can’t find drearier environments than these ugly shopping areas that increasingly litter urban spaces. Plus, they’re just the right spot to find bitter and miserable shitty wage earners. “I’ve been very fascinated,” adds Lindroth von Bahr, “by these kind of modern, generic shopping areas that you find along highways, perfectly designed for car driven consuming and nothing else. They remind me of lonely satellites, thrown out in the middle of nowhere. I think that I find them equally sad and interesting.”

Animals have been the protagonists in Landroth von Bahr’s previous films and she is very specific about her motivations for the types that she uses. “In Bath House,” she explains, “all the characters were inspired by recently extinct animal species. For The Burden, I used animals that are very common in medical experiments such as the Beagle dog, the Rhesus Monkeys and actually a certain kind of fish called Banstickle. I did a whole lot of very depressing research, it’s really not a subject that you want to image google.”

“It wasn’t an easy production, and I had to work really hard for almost two years with no payment at all. Yet, I knew quite early that this film was going to be special and worth fighting for. I’ve been complaining a lot but I’m still very happy with the result.”

Lindroth von Bahr (whose previous films Bath House and Tord and Tord also skirted between realism and fantasy), took the most pleasure in building the sets and puppets. “it’s the best part of the production,” she admits. “I also find it interesting to find out how far you can take the level of realism in miniature models. They really mess with your head in an interesting way, like a sort of enhanced reality. Maybe we start noticing new things about ourselves and the world we live in. It’s also just fun to create a surrounding that looks like your everyday life, and then add a fish in a bathrobe.”

“Less enjoyable,’ she adds, “was shooting a two-minute scene in Hotel Longstay with no pauses, and making puppets tap dance was not easy, for example. It wasn’t an easy production and I had to work really hard for almost two years with no payment at all. Yet, I knew quite early that this film was going to be special and worth fighting for. So basically, I’ve been complaining a lot but I’m still very happy with the result.”

Ah...don’t grumble Niki, just whistle, dance, sing and feel all those ridiculous burdens fall, momentarily, from your shoulders into the vastness of the shrugging universe.

How ‘Luck’ Applies a ‘Less is More’ Approach to Comedy
Z is for Zagreb: The Animafest Zagreb Exhbition 1972-2022
Dude! - ‘Rise of the Teenage Mutant Ninja Turtles: The Movie’ Arrives
‘Super Giant Robot Brothers’: A Milestone in Virtual Animation Production
‘Luck’ Aims to Bring Hope to Kids In and Out of Foster Care
Pre, Tech, and Post: The Many ‘Vizings’ of ‘Chip ‘n Dale: Rescue Rangers’
Hammering Out the VFX in ‘Thor: Love and Thunder’
END_OF_DOCUMENT_TOKEN_TO_BE_REPLACED