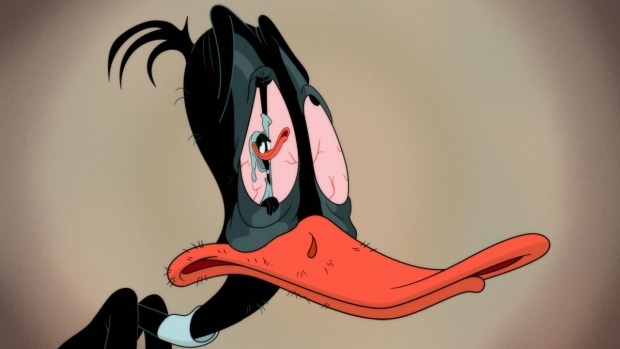 For over six decades, the manic and hilarious world of Bugs Bunny, Daffy Duck, Porky Pig, and Tweety Bird dominated Saturday morning cartoons. The five-time Oscar-winning Looney Tunes cartoon shorts first began airing theatrically in the 1930s, and quickly became one of the most popular animated staples for slapstick humor, back when going to the picture show meant a newsreel, a cartoon, and sometimes two feature films. Looney Tunes, directed by animation legends like Chuck Jones, Tex Avery, and Bob Clampett, have been revered for generations as some of the greatest animated films ever made. And while Looney Tunes has laid relatively dormant since Baby Looney Tunes and Duck Dodgers appeared on the scene in the early 2000s, Warner Bros. Animation has finally (and properly) rebooted the beloved cartoon comedy franchise with the brand-new Looney Tunes Cartoons.

Launched along with Warner’s new streaming platform, HBO Max, on May 27, Looney Tunes Cartoons is a series of 1-6 minute shorts featuring classic Looney Tunes characters like Bugs and Elmer, Daffy and Porky, Tweety and Sylvester, Marvin the Martian, Yosemite Sam, and others. Packaged in more than 80 11-minute episodes, 1,000 minutes in total, the cartoons echo the high production value and process employed on the original Looney Tunes theatrical shorts, with a cartoonist-driven approach to simple, gag-driven and visually compelling storytelling. They feature a talented group of voice cast members including Eric Bauza, Jeff Bergman and Bob Bergen; they’re executive produced by Peter Browngardt (Steven Universe, Uncle Grandpa) and Sam Register (Ben 10, Teen Titans Go!), and produced by Alex Kirwan (My Life as a Teenage Robot).

“This project was terrifying to us, not just because of the size of the order for the shorts, but because Looney Tunes shorts are famous for being funny, and we knew we had to rise to that and try to match it,” Kirwan says. “These had to be funny cartoons because they were going to live in that tradition, so the bar was set tremendously high for us.”

Looney Tunes Cartoons employs a 50-person production and animation crew in Burbank; roughly four studios around the world are involved in animation production, all with a deep love for Jones, Avery, and Clampett’s cartoon legacy.

“We really had to find people who understood the classic principles of animation and weren’t going to try and shortcut it even if they used modern techniques,” says Browngardt, who has enforced the traditional, hand-drawn look for the new 2D cartoons. “Even with the Photoshops and the Cintiqs and all the tools that we have, if modern technology is being used, it's in combination with classic techniques.” Both Kirwan and Browngardt grew up schooled on the sanctity of Looney Tunes, with an appreciation for the genius of the cartoon’s ruckus and quick-transition comedy. And it’s their childhood affection for those television memories that helped decrease the inevitable pressure of creating the new Tunes while balancing, according to Browngardt, “on the shoulders of giants, trying not to fall flat on our face.”

“Ever since I was like seven or six, I knew who Tex Avery was and who Bob Clampett was,” Browngardt notes. “I was exposed to the history of these cartoons, and by understanding and studying them, I felt like I had a level of taste to be able to bring something to this new show.”

“We had books about Tex Avery and other directors on the shelf that I grew up reading and I was taught that these were important, that it wasn’t just kid stuff,” adds Kirwan. “These cartoons are wonderful, some of the most wonderful things that were ever made. So, we can't think about the pressure. We don't have conversations about what the fans expect from this series. All you can do is draw from your own love.” Though Looney Tunes helped introduce and educate viewers to famous classical music pieces alongside the violent, boisterous humor, it may not be appropriate in today’s family-friendly animated entertainment landscape, especially for young kids, to introduce characters being cooked alive, flushed down toilets, or having appendages eaten by piranhas. But Kirwan and Browngardt don’t see it that way.

“The good thing about Looney Tunes is some of that stuff is sort of grandfathered in,” Browngardt explains. “It's just expected in terms of the slapstick and the violence, so that's in our favor. If we made up an original show that was doing that and went out to pitch it, I don't think we'd get very far. But if you didn't do that with Looney Tunes, it wouldn't be the same, it wouldn't work.”

“We find the slapstick still works,” Kirwan chimes in. “When we show it to our kids, they love it. We watched it when we were kids, and we loved it. These aren’t gruesome, gory cartoons. These characters get hurt and they come back. It's a cartoon. People think too literally about it, and not that it's a caricature of life. That’s what cartoons are.”

Kirwan also believes that the cartoons’ “caricature of life” through violence was enhanced by the relatability of the Looney Tunes characters. “You watch a Coyote and Roadrunner cartoon and you understand how the Coyote feels,” he continues. “You understand what he wants and when you see that exasperated or exhausted look in his eye, you're like, ‘I've felt like that before. I've felt that frustrated.’ And the violence informs that feeling. I think people historically have worried, ‘Oh, that will traumatize children in some way.’ Even though we grew up with it. And it's like, ‘You enjoyed it quite a bit when you were five years old and it didn't turn you into a serial killer.’” The Looney Tunes Cartoons crew also keeps tradition alive by how they develop the stories for each short: animating without a script.

“We get in a room and draw pictures, and then we write outlines off of funny scenarios and drawings,” Browngardt describes. “That's how Tex and Bob did it too. We write a rough outline of one page, or a page and a half, then we talk through it. We also do a group pitch after the jokes have been refined. We invite the whole crew. A lot of productions don't do that.”

He adds, “It might be a biased audience, but I feel like Tex and those guys were not just directors making these cartoons, but also a bunch of guys trying to make themselves laugh. They all had unique personalities that came out in their shorts. So, I'm like, we know this language, the language of entertainment. If we put ourselves into these cartoons and what we find is funny, we can get there if we keep working hard and pushing it.”

Browngardt says he, Kirwan, and the rest of the crew are ready to “be torchbearers for 2020 and the future of Looney Tunes,” no matter how humor and animation might have changed in the last 60 years. “I remember Sam [Register] saying, ‘I want Looney Tunes everywhere,’” he concludes. “That was part of the idea behind this new series. We want the Looney Tunes everywhere.”