Spencer Fawcett takes a look at Richard Hill-Whittall’s new book about the risks and rewards of independent game development. 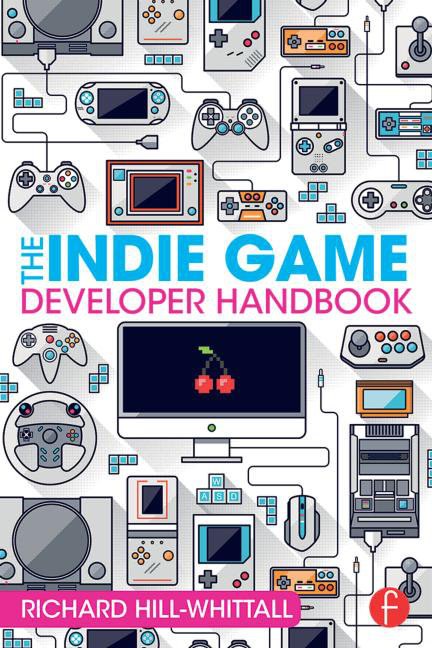 Richard Hill-Whittall’s The Indie Game Developer Handbook is a comprehensive guide on what you’ll need to get a firm grip in the independent game industry. The independent game industry is not for those with weak constitutions. You’ll be confronted with failures and setbacks. But the one quality that Hill-Whittall and other indie game professionals embody is perseverance. Their continuous struggle is a testament that shows you don’t need to be a studio with bottomless wallets and a listing on the NYSE to create a fun and engaging video game.

Hill-Whittall opens the book by enthusiastically declaring that, “Indie game development is a wonderful, exciting and incredibly rewarding job.” Richard supports this statement by peppering the handbook with his own experiences as an independent game developer. His lessons learned from Sony are worth particular mention as they and Nintendo have become more independent game friendly over the years. There was one particular enlightening segment where Richard described what it took to develop a Billiard video game. Spoilers: It was anything but simple.

The Indie Game Developer Handbook is also full of interviews with various successful independent game studios. Questions that range from: “What marketing resources do you use?” to “Which is your most successful platform so far?” are asked of The Chinese Room (Dear Esther/Amnesia) and Engine Software (Terraria). These interviews are in every chapter of the book so I would recommend reading in bursts because there is little deviation from this format.

Each chapter is full of websites and references for those just starting out. Even if you’re not thinking of going into game development, there are useful sections for any business start-up. Hill-Whittall outlines which inexpensive game engines to use, audio resources, publishing websites, etc. Some of the websites are listed as very basic URLs but some – a specific YouTube link and reddit AMA – make me wonder who is going to copy and paste from book to web. I assume links in a Kindle version can go straight to a web browser for the convenience.

The book is also very lingo heavy. If you don’t know a Unity Engine from an Unreal Engine, then there’s already going to be a disconnect between you and the author. It does make a brief attempt with the acknowledgements but goes straight into a litany of game engine websites and resources. What confused me most was that towards the latter chapters of the book, the author was explaining how Twitter and Facebook work. Unless my grandmother was going to develop an independent game I doubt there needs to be a page or two explaining how Twitter Hashtags work. It comes off as pandering as games/game development/ games journalism all belong to the Fifth Estate i.e. the Internet in the 21st Century.

Despite some missteps, the Indie Game Developer Handbook is very up-to-date on the scope of the gaming/tech industry. There are mentions of Microsoft’s recent refocus for independent game titles as well as Sony’s PS4 being a great platform for independent titles. YouTubers and Let’s Players also get a referral as a way to promote a game – independent or AAA. But how much of this information will be relevant 6 months to a year from now? Will the websites and references still be available to the reader? On page 157, Richard states that Twitch – a popular streaming service for video games is owned by Google – but in the last year, Twitch was purchased by Amazon for $1 billion. It made headlines about the Internet but was already out of date. But this is the risk that you run releasing a book about an ever-evolving industry. Game magazines have all but gone the way of the dodo for this very reason.

The Indie Game Developer Handbook is a wonderful tool and resource for those that want to get into game development in the next year or so. Even if you have an interest, aspects of how to run a business are outlined very clearly in the handbook. On a personal note, I enjoyed my time with the handbook as a game critic/analyst because it allowed me to get a behind-the-scenes look as to what it takes to be an independent game developer. And now that I’ve read this book, they will have my everlasting respect and adoration for the risks incurred by their efforts and the passion it takes to persevere.

VFX is the ‘Thing’ for Tom Turnbull on Tim Burton’s ‘Wednesday’
We Need to Chat
Choc Chip Animation Riffs on Pop Culture in ‘The Art of Murder’
F is for Flake: The (Not So) Great Animation Robbery?
Re-VIEW: ‘Avatar: The Way of Water’ – A Miraculous Vision
‘Kung Fu Panda: The Dragon Knight’ Celebrates a Special Lunar New Year
END_OF_DOCUMENT_TOKEN_TO_BE_REPLACED