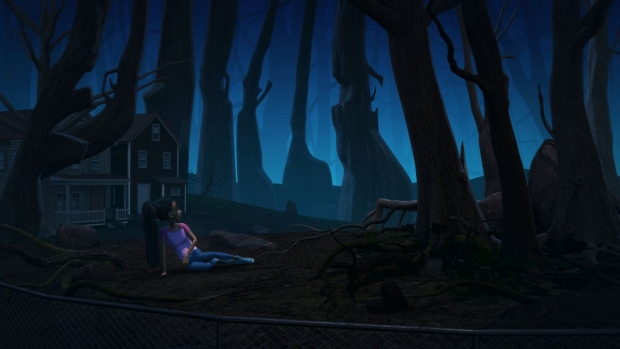 Lion Forge Animation and Everytown for Gun Safety Support Fund (Everytown) have just released a poignant new animated short, Blossom, in support of the 7th annual Wear Orange campaign, a nationwide movement calling for an end to gun violence. Blossom marks the first collaboration between Everytown and Lion Forge, producers of Matthew A. Cherry’s Oscar-winning short, Hair Love. Blossom depicts the journey of a young girl, devastated and scared after her friend is taken by gun violence. The girl struggles to cope with her sadness, eventually finding meaning and hope as part of Wear Orange and the movement to end gun violence.

In creating the short, Lion Forge drew on the experience of gun violence survivors, including Nza-Ari Khepra, who co-founded Project Orange Tree following the death of her friend, Hadiya Pendleton, shot and killed on a Chicago playground at the age of 15, and later co-founded the Wear Orange campaign. On June 2, 2015, which would have been Hadiya’s 18th birthday, Americans wore orange to honor Hadiya, beginning the annual Wear Orange campaign. Today, Wear Orange begins with National Gun Violence Awareness Day, which takes place June 4 this year, continuing with grassroots events throughout the weekend honoring Hadiya and the more than 100 Americans shot and killed every day, as well as the hundreds more who are wounded.

“As a St. Louis-based studio, it’s hard to avoid the effect gun violence has on our beloved hometown,” said Carl Reed, president and chief creative officer of Lion Forge Animation, the nation’s leading Black-owned animation studio. “In Blossom, we created an animated world that follows a story that’s all too real: a young Black girl, left traumatized by gun violence, and looking for a way to find meaning in what’s been taken from her. Putting this together, we were inspired by the origin story and boldness of the Wear Orange campaign. I hope that viewers will be inspired too, and join the millions of Americans calling for an end to gun violence.”

Take a moment to watch the film:

According to Reed, “When Everytown for Gun Safety introduced us to the ‘Wear Orange’ Movement and National Gun Violence Awareness Day, we had to find a way to be a part of it. Growing up in Ferguson, most known for the Michael Brown incident in 2014, the cause was close to our hearts. But there was one issue: there were only a few months until June 4-6 (the date of National Gun Violence Awareness Day in 2021.). We certainly had a task ahead of us.”

Lion Forge’s first step was to figure out a concept that exemplified the message of gun violence’s impact on people, families, and communities. “We gathered a meeting of our internal story trust, and brainstormed concepts,” Reed shares. “We eventually settled on the story of Asia, a young girl directly impacted by gun violence, and reminded of that impact at every turn. But how do you tell her back story and the story of her community and still stick to the greater message? That’s when the idea of Blossom was born.”

After meeting with Khepra, Reed and his team learned they’d decided on the color orange because it’s the color that hunters wear in the forest to let other hunters know that they are not targets. “After learning that, it clicked,” Reed says. “We should use the hunter in the woods metaphor to show how trapped Asia and people like her, that have been impacted by gun violence, can feel, and that there is hope. We need to all wear orange, and collectively work toward a solution.” “Lina Foti on our team then scripted the story, and we started visual development, from the character designs to style frames, to help set the look of the piece,” he continues. “Our story artists had the difficult job of communicating many different messages with no voiceover. Every shot, every camera angle, was carefully selected to be efficient - the story is under 3-minutes long - and to communicate the message. It was made much easier with the assistance of Noelle Howey and Sophie Yan from Everytown for Gun Safety, who helped us ensure we were thinking of all the components of such a sensitive topic. This is no small feat and is one of the most critical parts of the process.”

Because of the short time of production, style frames proved essential. “They helped the entire team stay aligned on the final look,” Reed explains. “We had to overlap a few processes; modeling came first, then the models went to both the animation team and the surfacing/lookdev team at the same time. Blossom was animated in Maya and rendered in RedShift. This allowed us to move fast and not lose time with extensive rendering. This was essential, and ultimately allowed us to deliver just-in-time to help spread the awareness of the impact of gun violence, and work toward prevention.”

Check out an early animatic:

“The story of Blossom is deeply relatable for so many Americans - particularly Black families, who are disproportionately impacted by gun violence,” said Nza-Ari Khepra, co-founder of Project Orange Tree and the Wear Orange campaign. “In honor of Hadiya and everyone whose life has been taken or forever changed by gun violence, we must act. With 100 people shot and killed every day in America and hundreds more wounded, it’s only a matter of time before this crisis hits all of us personally. We must do everything we can to demand change.”

The collaboration with Lion Forge is Everytown’s second foray into animated shorts. They previously worked with directors Will McCormack and Michael Govier on their Oscar-winning animated short, If Anything Happens I Love You, which depicts parents struggling with the trauma of a child taken by gun violence. “Animation, with its ability to move quickly between the real world and the metaphorical, is well-suited to depict the difficult topic of gun violence and the trauma that it leaves in so many communities,” said Noelle Howey, Senior Director of Cultural Engagement at Everytown for Gun Safety. “We’re grateful to the Lion Forge team for working with us on this incredible project, and creating a film that so clearly shows how joining the movement to help end gun violence can be healing for so many survivors who want - and deserve - the attention of our leaders.”

Lion Forge has been considerably busy of late. Just last week, they announced a deal with BRON Digital, known for a raft of hit films including Joker, Judas and the Black Messiah, and The Willoughbys, to produce the children’s animated series, accompanying interactive games, and online community for Heiress.  The studio also recently boarded Young Love, a 2D animated series for HBO Max based on characters from Hair Love, and has secured a number of major partnership deals with Imagine Kids+Family, Starlight Media, and the family of the groundbreaking NASCAR driver, Wendell Scott.