Multiple media giants said to be in the running for exclusive U.S. streaming rights to Trey Parker and Matt Stone’s wildly popular animated series, now in its 23rd season. 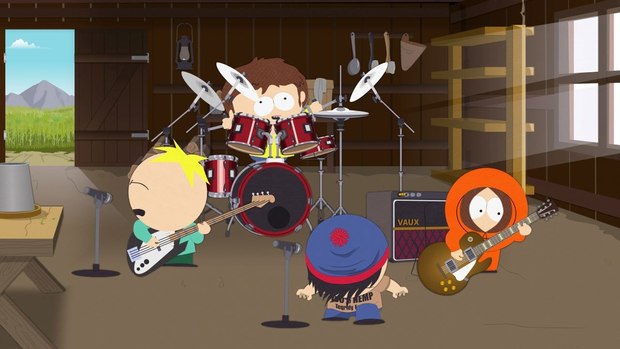 As many as six companies are reportedly in a bidding war with Viacom and South Park creators Trey Parker and Matt Stone to secure the show’s exclusive U.S. streaming rights, with the deal’s price tag potentially reaching $500 million, according to Bloomberg.

The hugely popular animated series, Comedy Central’s longest running show now in its 23rd season, currently streams on Disney’s Hulu, which is said to be one of the bidders. Sources say Viacom is hoping to conclude a deal as early as this weekend.

South Park currently finds itself embroiled in a crisis of sorts, as all clips, episodes and discussions of the show were removed from Chinese digital sites two weeks ago after a recent airing of an episode criticizing Hollywood appeasement of the Chinese government.

The offending episode, “Band in China,” featured dual story lines. In one, Randy Marsh gets arrested for selling marijuana in China and is sent to a work camp patterned after the Xinjiang Provence camps Western sources claim are holding more than one million Chinese Muslims for forced “re-education,” a claim Chinese authorities deny. In the other, the South Park lads form a heavy metal band that gains enough popularity to attract a manager; the script of a film they plan to make keeps changing in order to appease Chinese censors and secure distribution in the PRC.

In the mad dash to build and acquire streaming libraries, established streamers like Netflix and Hulu are now facing intense competitive pressure from direct-to-consumer streaming platforms. Last year, NBCUniversal paid $500 million for five years of exclusive streaming rights for The Office; WarnerMedia just spent $425 million on Friends and $600 million on The Big Bang Theory for HBO Max. Netflix, which is no longer bidding on South Park, recently ponied up $500 million for five years of Seinfeld. These and other popular series are considered safe, long-term programming options sure to attract and keep platform subscribers.

Under the terms of a digital rights joint venture Viacom signed in 2007 with the South Park creators that covers streaming, mobile and games, the new streaming deal proceeds would be split 50-50.

Dude! - ‘Rise of the Teenage Mutant Ninja Turtles: The Movie’ Arrives
‘Super Giant Robot Brothers’: A Milestone in Virtual Animation Production
‘Luck’ Aims to Bring Hope to Kids In and Out of Foster Care
Pre, Tech, and Post: The Many ‘Vizings’ of ‘Chip ‘n Dale: Rescue Rangers’
Hammering Out the VFX in ‘Thor: Love and Thunder’
‘DC League of Super-Pets’: A Family Film Produced by a Family
‘Light & Magic’: ILM’s Story of Family, Fun, and Pioneering Visual Effects
Eric Goldberg and Mark Henn Talk the Magic of Hand-Drawn Animation
END_OF_DOCUMENT_TOKEN_TO_BE_REPLACED