Korea’s Bucheon International Animation Festival turned 18 this year. Chris Robinson was there as member of the Short Film jury. He serves up a rapid fire review. 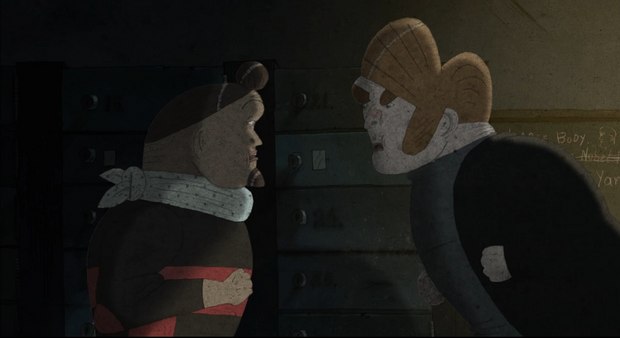 Just returned from a week in Bucheon (about an hour drive -- depending on whom you talk with -- from Seoul) where the 18th edition of BIAF was held. This is the fourth animation festival in Korea that I’ve attended since about...let’s say…1997. The quality of the festivals has improved dramatically. I can remember screenings where they showed crappy VHS versions (often without the filmmaker’s permission). Another year our hotel was one hour away from the screening venue so we had to gather in the hotel lobby each morning to take a coach bus to another city. That said we did hijack the director’s chauffeured car so that we could see some sights (no, the organizers were not pleased with us).

Thankfully, Korean festivals (I also attended SICAF in 2015) appear to have improved dramatically in recent years (although one film in competition did have a studio watermark on it and the Korean subtitling caused a portion of the right side of the screen to be a bit brighter.)

I was at BIAF to judge the short and commissioned competition. It was a pretty good albeit erratic and long (some screenings approached two hours in length). Igor Kovalyov’s Before Love was so far above the back that it was a no-brainer for Grand Prize. It might not be Kovalyov’s best film (Andrei Svislotski arguably holds that mantle), but the sound, editing, design, and camera work are just astonishing. Kovalyov is like the Lebron James of animation, creating on a such a high level that few others can compete. One who came close was Theodore Ushev. His fable, Blind Vaysha, about a girl who sees only the past and future was awarded the jury prize (i.e. second place). Along the way, there were also a fair chunk of baffling choices as well, but hey, that’s pretty normal at festivals.

I didn’t get a chance (too many late night Karaoke sessions combined with a 13-hour time difference meant wacky sleep patterns) to see the student or feature competition (or attend the well-received academic conference that featured Paul Wells and Maureen Furniss, among others), but all the jurists were pretty pleased with what they saw in both competitions. The student competition, to the surprise of few, featured a number of original works that could easily compete in the main competition.

There was also a special focus on French animation with a screening of selected works from three outstanding studios: Folimage, Sacre Bleu, and Je Suis Bien Content. The centerpiece of the French focus was undoubtedly the tribute to Sylvain Chomet (Triplettes of Belleville) who was in attendance to introduce his films and give a couple of talks (which included a sneak peak of his next film, The Thousand Miles).

Overall, it was a pretty enjoyable week. The energy and spirit of all the guests (most of them from France!) helped elevate the festival’s spirit and the BIAF staff really took great care of the guests. More importantly, the programming was quite diverse and pretty much on par with most international animation festivals. Now if they could only stop being so formal during their ceremonies. Ok ok…I know…it’s a cultural thing and yeah, it can be pretty entertaining. The glow in the dark band that opened the festival was…well…it was enlightening.

You can find the full list of winners here.