Behind the Scenes: ‘Lost in Oz’s Triumphant Return

A new short, ‘Packing Magic,’ features beloved characters from the Emmy Award-winning animated series; see how the Bureau of Magic is using Bluescape to create the next thrilling chapters of the ‘Lost in Oz’ story. 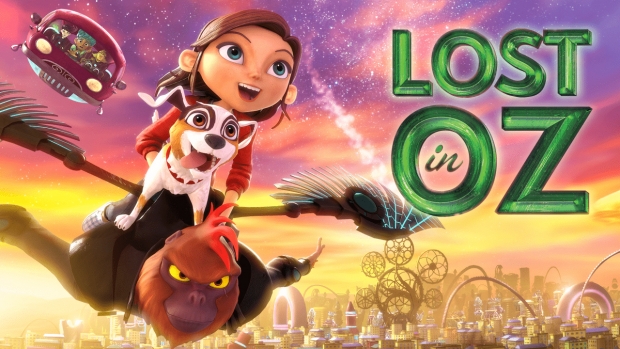 The creative minds of Bureau of Magic are back with an enchanting new chapter of the Emmy-award-winning animated series Lost in Oz.

When production of Lost in Oz came to a standstill, fans were left wondering if the newest Dorothy Gale (voiced by Ashley Boettcher, Weathering With You) would choose to return home to life in Kansas or start a new life among magical friends (and foes) in the legendary land of Oz.

The new short, Packing Magic, marks the return of fan-favorite characters; including the not-so-wicked witch West, Reigh the conspiracy realist lion, and of course: Toto. A new, well-known mysterious foe also makes an appearance, alluding to what’s in store for Dorothy and her friends—and it feels like an adventure of epic proportions.

“After all the energy Dorothy has put into trying to find a way back to Kansas, she has now built a home for herself with these incredible people and magical creatures in Oz,” said Darin Mark, Executive Producer.

And that’s where the big cliffhanger was left.

Packing Magic addresses the cliffhanger and launches the series into a new chapter. But, how did the creators of Lost in Oz put a modern twist on the Emerald City without losing any of its magic?

"As a showrunner and executive producer, I'm looking for tools that are going to help our teams work better together," said Mark Warshaw, Co-Creator and Executive Producer. “Bluescape helped us take teams from various time zones across the planet and get them all on the same page quicker, in the same virtual space together."

The Bureau of Magic used Bluescape to collaborate with different teams and studios from across the globe in one visually collaborative workspace.

"[In Bluescape], we could be looking at everything we need in one place to feel like we were truly collaborating in person,” said Jared Mark, Co-Creator and Executive Producer. “We could really connect with each other in Bluescape to create something that no single one of us could have created on our own.”

“We could bring in all our artwork, viz dev, character designs, and the script all in one place,” said Jane Gotts, Head of Animation of Bang Zoom! Studios.

A New Generation of Oz

“We love to explore new technologies to see how best they can be utilized to tell better stories and, ultimately. to help us connect deeper with our audiences,” finished Warshaw.

“Oz has become so engrained in our culture,” said Mark. “People know and respond well to its story, and it’s an honor to make this new entry point for a generation who might not be as familiar with that story. If this show can get those kids to pick up the Oz books and dive in, what a joy that would be.”

This is just the beginning of the next chapter of Oz. You can see the entire Lost in Oz behind the scenes short here or check out the recent Q&A with Warshaw and Mark.