From ‘Nahuel and the Magic Book’ to ‘Little Vampire,’ this year’s features represent some of the best independent work being produced. 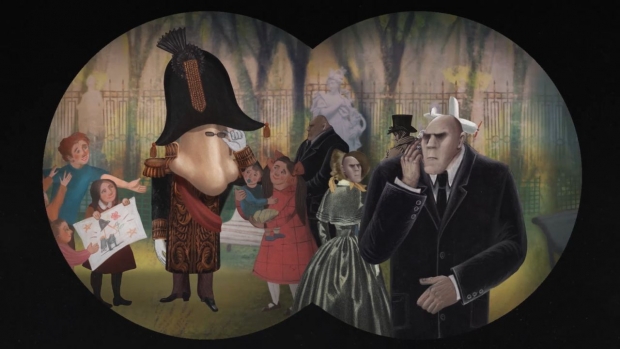 The COVID-19 pandemic has thrown everyone’s lives and livelihoods into turmoil, with entire sport and performance seasons cancelled, put on hold—or where possible, turned into virtual events.

The 2020 Annecy Festival is no exception. The Festival’s decision to transition from an in-person to an online event was sparked by the cancellation of a much larger international gathering: Tokyo’s summer Olympics.

“From then on, we received more and more emails from participants and partners asking us if we really thought the Festival could be maintained in June, one month before the Olympics,” explains Annecy’s Mathilde Guilbert. “Even if we managed to hold the Festival, participants from abroad were not going to be able to travel; it was hard to imagine organizing an event without the public, accredited people, partners and so on taking part.”

Those parties let Annecy know they would be more than willing to instead participate in an online event, even as the Festival was considering it themselves. Each “content” department—film screenings, meeting organizers and the Mifa Film Market—“worked with its team to see what it was possible to transpose online, both by keeping the fundamentals favored by the participants while adapting to [the internet’s] very real technical constraints.”

Annecy’s organizers pulled it all together; anyone with a high-speed internet connection (and 15 euros for full online access) will be able to access the Festival’s entire 16 days (June 15-30) from the comfort of their home. (Participation in the business-focused Mifa Film Market is a separate and more expensive option.)

As always, a major highlight of Annecy is the official Feature Film Competition: this year the slate of nominees consists of ten movies from around the world. (Interestingly, none of America’s big budget, high profile features made the cut.) Japan’s 7 Days War is a comedy/mystery/satire all in one, produced in classic anime-style 2D animation. Based on a popular Japanese young adult novel, the film follows a group of middle school boys who up and vanish, leading to a whirlwind of confusion and media attention. (Hint: they’re hiding in an abandoned factory by the river they’ve declared a liberated adult-free zone.)

The CGI-animated Bigfoot Family is a Belgian-French co-production…set in Alaska. A follow-up to director Ben Stassen’s earlier film Son of Bigfoot, the big furry guy is the protector of a nature preserve—until he vanishes without explanation; it’s up to his human son Adam and his animal friends to rescue his dad and save the preserve from destruction.

Calamity, une enfance de Martha Jane Cannary (Calamity, a Childhood of Martha Jane Cannary) is a 2D/3D hybrid imagining the childhood of a woman who became one of the legendary figures of the old west (and fictionalized in numerous movies, TV shows and books). In this telling, Jane’s preference for pants and “unlady”-like short hair triggers a scandal, that according to the film’s production notes, forces Jane to “face all the dangers in a gigantic wild world where everything is possible.” The 2D-animated Russian film Ginger’s Tale is the fable of Potter, a humble man who finds the magical “Stone of Fire,” an artifact that makes him wealthy, powerful—and corrupts his kindness into cruelty. The requisite evil queen wants the stone for herself and is willing to kill for it; only his devoted friend Ginger can save Potter from the queen—and from his own worst self

The CGI-animated Jungle Beat: The Movie is a feature film based on a popular early 21st-century TV cartoon from Mauritius, a tiny Indian Ocean island nation. In the film the jungle animals suddenly have the power of speech, thanks to a little alien would-be world conqueror who discovers he’s in way over his head. Kill It and Leave this Town is a Polish feature combining paper, 2D and 3D computer animation, and as the Festival’s description observes, “original and diverse techniques.” The metaphorical story focuses on a despairing man who hides from the world within his memories—until uninvited literary characters and his childhood cartoon idols decide to join him. Lupin III The First is an impressively animated high-profile Japanese CGI feature starring the manga and anime superstar Lupin III. The fun-loving criminal has been entertaining audiences in countless animated TV series, movies, musicals(!) and two live-action features since 1967. (Hayao Miyazaki’s very first feature film was 1979’s Lupin the 3rd: Castle of Cagliostro; twenty-five years ago Jim Carrey would’ve been perfect for a US live-action version of the character—a true missed opportunity.) Lupin III’s creator, manga artist “Monkey Punch” passed away last year prior to this film’s completion; hopefully he was able to see this version in its early stages. The titular protagonist of the Chilean-Brazilian 2D/3D co-production Nahuel and the Magic Book is a youngster living in a fishing town—who unfortunately is deeply afraid of the ocean deep. Ginger’s Tale’s Potter may have come across a magical (and evil) Stone of Fire, but for Nahuel, a luckily discovered magic book might be the solution to his problem…if it weren’t for the “dark sorcerer” who kidnaps his father, forcing Nahuel to confront his watery fears and set out on a voyage to rescue his dad. France’s Petit Vampire, a computer-animated 2D film follows a bored young bloodsucker who ventures out of his Addams Family-ish haunted home in search of adventure and new friends. The final film in competition is a highly ambitious and definitely not a kid- or family-friendly effort. The dark-humored Russian effort The Nose or the Conspiracy of Mavericks is based on Gogol’s surrealistic novella The Nose and the Shostakovich opera it inspired. The multi-technique film (paper drawings, cut-outs, 2D animation…and live action) examines Stalin’s early 20th century Russian reign of terror via a mélange of the works of avant-garde artists, composers and writers who risked their lives to express themselves in a deadly totalitarian state where even creative self-expression had to be government approved.