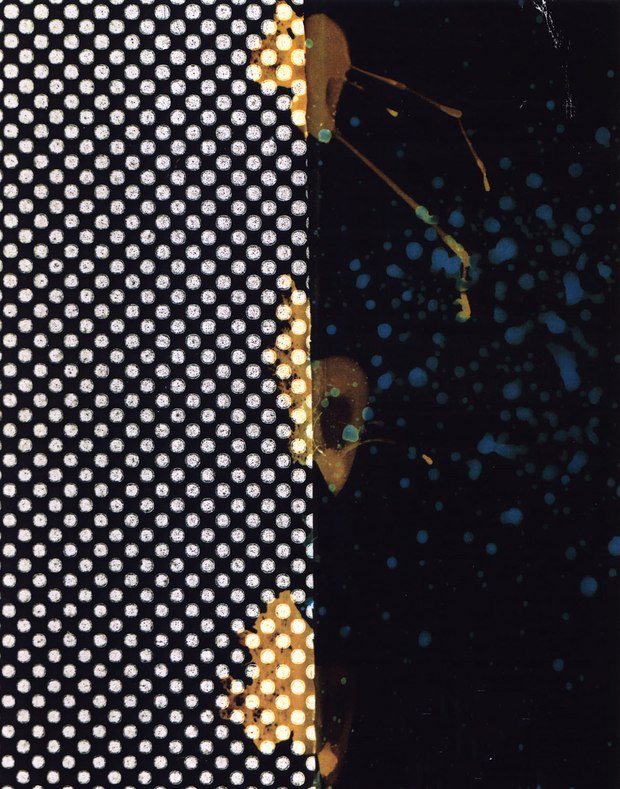 Well, this is a bit odd in a nice way. Back in December, to mark the 8th anniversary of the passing of my friend, Barry Doyle, I handed over the column to Barry and his words about Co Hoedeman. Well, today would have been Barry’s 50th birthday, so, again, in lieu of our regular Unearthed column, I’m going to let Barry tell you a bit (excerpted from a 2003 article) about the beloved Canadian experimental animator, Steven Woloshen:

Get Happy from steven Woloshen on Vimeo.

Although the term tachisme – from the French ‘tache’, meaning stain – is used mostly in an art historical sense to describe a style of painting that uses splotches of colour, it has been applied by critics in other fields as well. Tachisme was mostly a French movement – the term was employed by the French critic Michel Tapié around 1952 – affiliated with abstract expressionism. Works in the tradition of tachisme did not try to represent or even express, rather they tried to be emotional states of mind. The French painter, Jean Atlan said that, “a picture cannot be the result of a preconceived idea; the role of chance is too important and indeed it is this role of chance which is ultimately decisive in creation. At the beginning there is a rhythm which tends to unfold itself: it is the perception of this rhythm that is fundamental and it is in its development that the vital quality of the work depends.” The whole idea tachisme is predicated on the elements of spontaneity, and what follows is a transgressiveness that pushes and sometimes breaks boundaries.

Steven Woloshen’s work can be placed in the tradition of tachisme: films that offer stunning surprise, beauty and a heavy dose of visual transgression. Woloshen – a Montreal filmmaker who is known for his cameraless films – presents his works like found objects, moments of chance that jolt the viewer onto a different trajectory of seeing: explosive, visceral hits of colour, shape and light. However, the element of most importance in Woloshen’s work is visual transgression. It is the prominent result of Woloshen’s unrelenting creations of non-narrative abstractions.

Woloshen’s flashes of light, colour, shape and movement constitute the fundamentals of filmmaking; the stripped down elements that remind us of how moving, captivating and transgressive the basics can be. The films themselves transgress linear narratives, form, sense and meaning. Woloshen himself transgresses the very idea of a filmmaker: that he crosses the boundary of harming the film, actually scratching, tearing and testing the physical limits of film stock. Every film frame has his stamp, his mark. Like thousands of painted canvases in homage to the spirit of tachisme and transgression.