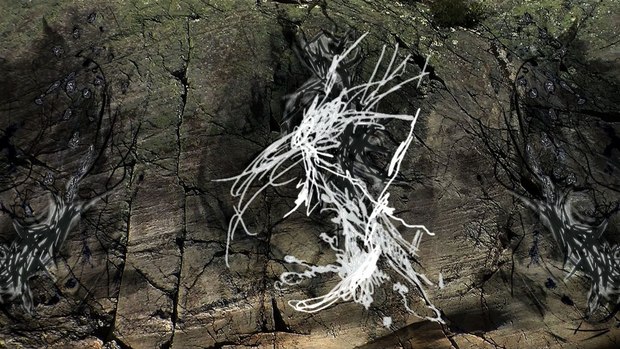 Pierre Hébert has been pursuing a career as an animator, filmmaker, performer and visual artist for over firty years. Self-taught and strongly influenced by Norman McLaren and Len Lye, Hebert directed his first films independently while he was studying Anthropology at the University of Montreal. He worked at The National Film Board of Canada (NFB) from 1965 until the end of 1999. Since then he has continued as an independent artist and filmmaker.

In early 1980s, he developed a new type of performance involving “live” animation scratched directly on a film loop while it is rolling in a projector, usually associated with improvised music and occasionally with dance. In the early 2000, he expanded this live animation practice with the use of computers in The Living Cinema project with composer Bob Ostertag. Later, Hébert developed other performance projects involving several other musicians. Hébert’s innovative and provocative installations and live performances have suggested radical new possibilities for viewing, creating and defining animation.

Hébert –also a prolific writer and author whose writings have frequently explored his thoughts on his art and practice – once provocatively wrote that animation, in its fervent desire to protect and promote itself, has instead become an inward-looking practice: “It has let itself drift into an embittered, corporatist and wilful isolation, valuing good craftsmanship and good animation and slightly losing sight of the philosophical position that underlies the act of animating.”

Hebert’s unique, stimulating and diverse body of work has restlessly sought to scratch, push and pull animation out of that isolationist comfort zone in order to challenge artists and audiences to rethink their perceptions about animation, and, along the way, create more interactive and democratic possibilities.

How ‘Luck’ Applies a ‘Less is More’ Approach to Comedy
Z is for Zagreb: The Animafest Zagreb Exhbition 1972-2022
Dude! - ‘Rise of the Teenage Mutant Ninja Turtles: The Movie’ Arrives
‘Super Giant Robot Brothers’: A Milestone in Virtual Animation Production
‘Luck’ Aims to Bring Hope to Kids In and Out of Foster Care
Pre, Tech, and Post: The Many ‘Vizings’ of ‘Chip ‘n Dale: Rescue Rangers’
Hammering Out the VFX in ‘Thor: Love and Thunder’
END_OF_DOCUMENT_TOKEN_TO_BE_REPLACED