Every Monday, Chris Robinson serves up Animators Unearthed, a brief introduction to prominent and not-so-prominent indie animators. This week's focus is Canadian animator, Michèle Cournoyer, who later this week will receive Canada's prestigous Governor General's award for her work in animation. 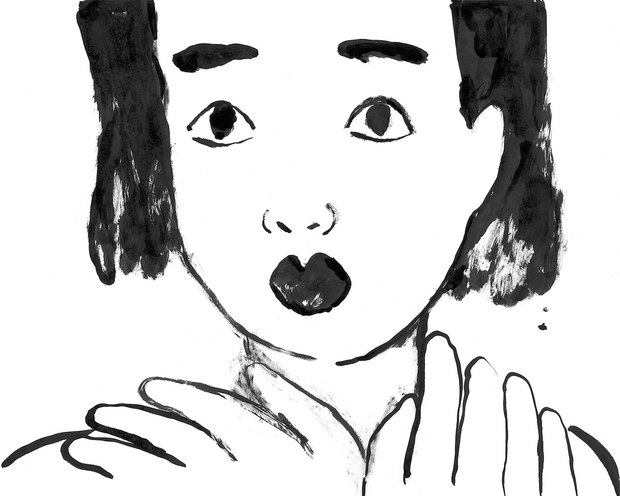 'The Hat' by Michèle Cournoyer

Art has always been an emotional struggle for Michèle Cournoyer.  Whether as a painter, independent animator or NFB filmmaker, she has fought these ‘incomprehensible shadows’ throughout her life. She was born. Her parents liked her. She has two brothers and a sister. While hospitalized at age 12, her father brought her an oil paint box and she started painting. She had been drawing since she was five years old. It was clear to her that painting was a refuge from a life left alone. Her formal artistic education was put on hold at age 17 when her mother became ill. She stopped to care for her ailing mother and assumed the matron role of the domestic sphere.  Then her world stopped. At age 20, Cournoyer’s mother died.

A Feather Tale, Michèle Cournoyer, provided by the National Film Board of Canada

The girl grew up fast; an ersatz mother for a heartbroken family. Still, she painted, printed, drew, sculpted and gave everything to art. After two years in Québec City, she moved to Montréal briefly before heading to London to study graphic design. “I went to London with a $90 plane ticket and a government grant of $2000. It was ‘swinging’ London. I was printing pillows on pillows, pearls on pillows, hands on glove. Silkscreen sequences. Here the images started to move with music and the cinema came to me one day.” Cournoyer was living in a boarding place. She became friends with a man, a photographer, and upon seeing the man with his baby, got the idea to make a simple film called Papa! Papa! Papa! (L'Homme et l'enfant)  (1969).

A series of still photos show a man holding a baby. Eventually flowers cover up the baby. “I did the film during lunch hour and it was quite natural for me. When I made that film it was very clear to me that I would make films.”

The Hat, Michèle Cournoyer, provided by the National Film Board of Canada

Since then Cournoyer has made eleven films and is considered one of the most important animation voices in the world. Throughout her body of work (including her many acclaimed films with the National Film Board of Canada), personal conflict has been the central theme of the award-winning Canadian animator’s films. Using her trademark black ink style and metamorphic choreography, Cournoyer’s surreal, tense and a deeply personal films confront relationships, rape (The Hat), aging (Dolorosa), technology (Accordion), war (Robes of War), identity (The Artist), and addiction (Soif) in uncompromising, enlightening, provocative and even occasionally humourous ways.

Accordion, Michèle Cournoyer, provided by the National Film Board of Canada