Every Monday, Chris Robinson serves up Animators Unearthed, a brief introduction to prominent and not-so-prominent indie animators. Today he explores the work of Jonathan Hodgson. 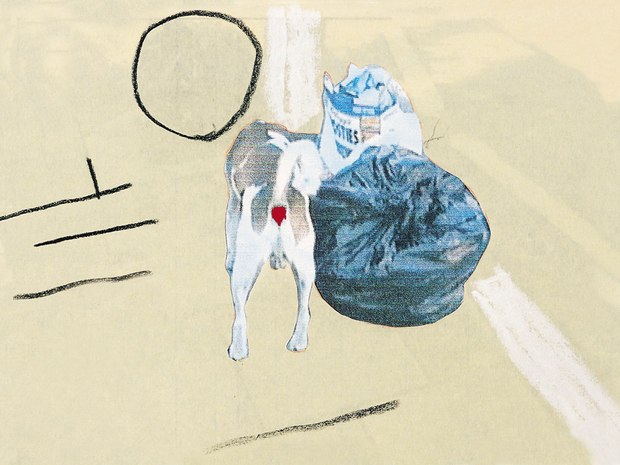 'Feeling my Way' by Jonathan Hodgson

The work of UK animator Jonathan Hodgson is consistently inconsistent in the sense that you know each film will be unique, thoughtful, and yet, unlike his previous work. When Feeling My Way (1997) was first released it felt like a smack of fresh air. On the surface, it’s just about a guy walking to a friend’s house, but in Hodgson’s deft mind it becomes a portrait of our congested conscious and unconscious mind as a jam of thoughts, feelings, observations, distractions, judgements, worries all cram for a split second of acknowledgement. It’s a celebration of walking or our ‘weirdness’ and obsessions…and really of the experience of just being in the world.

Feeling My Way from Jonathan Hodgson on Vimeo.

Hodgson followed that up with The Man with the Beautiful Eyes (2000), a gentle and striking adaptation of a Charles Bukowski poem that contrasts the naïve and beautifully unfiltered perceptions of children against the more knowing yet harsher and less forgiving views of adults. The children, however are not blinded by experience and judgements, they find beauty in apparent sadness and ugliness of the man. The parents view might be right but the children’s take is more tolerant, humane and thoughtful. TThe children see what the adults have forgotten.

The Man with the Beautiful Eyes from Jonathan Hodgson on Vimeo.

Using real interviews with three children of schizophrenics, Camouflouge (2002) explores the painful and bizarre effects that living with someone with a mental illness has on a child, where you can grow up normalizing the abnormal (oh, mom’s just out vacuuming the lawn again). It’s also about giving voice to the hushed so that we can push stigmas and fears and ignorance to the side in favour of compassion, discussion, understanding and release.

Camouflage from Jonathan Hodgson on Vimeo.

Compassion is at the root of the Hodgson’s work. Throughout his films, he tries to navigate the complexities of the human mind and soul, to uncover the things we fear (addiction, illness, other people) so that we might find the human in the inhuman.

Animated Characters: The Art of Babbitt – Part 1
Bruce Smith and Ralph Farquhar Talk ‘The Proud Family: Louder and Prouder’ Season 2
VFX is the ‘Thing’ for Tom Turnbull on Tim Burton’s ‘Wednesday’
We Need to Chat
Choc Chip Animation Riffs on Pop Culture in ‘The Art of Murder’
F is for Flake: The (Not So) Great Animation Robbery?
Re-VIEW: ‘Avatar: The Way of Water’ – A Miraculous Vision
‘Kung Fu Panda: The Dragon Knight’ Celebrates a Special Lunar New Year
END_OF_DOCUMENT_TOKEN_TO_BE_REPLACED