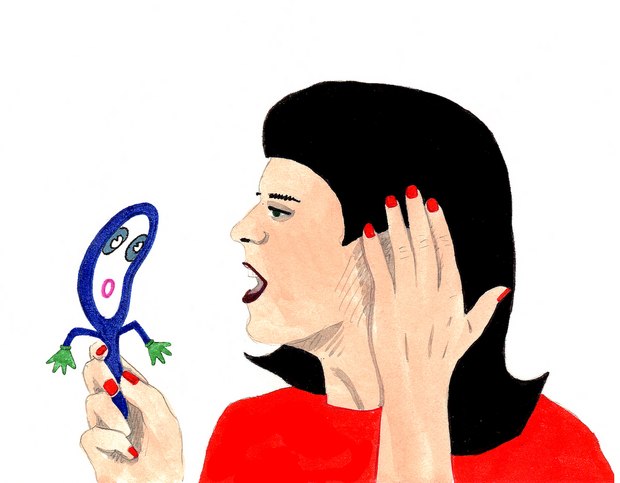 There was a time when Portland animator Joanna Priestly was the undisputed Queen of indie animation. While prominent women animators like Evelyn Lambart, Caroline Leaf and Suzan Pitt were making indie animation earlier, Priestley’s films were unique in that she was the one of the few - maybe the only - women animators to use the medium in a direct, autobiographical matter. In films like Voices, All My Relations, Grown Up and Streetcar of Perspire, Priestley has tackled themes of personal fears, relationships, aging, and menopause in a humorous and intimate manner. Priestley makes her films using an array of techniques including rubber stamps, candy, index cards, sand, puppet, cut-out, computer and collage. The uniqueness, intimacy and power of Priestley’s voice creates a body of work (now upwards of twenty films) that is as comfortable, surprising and reliable as an old friend.

The animation scene has changed dramatically since Priestley first started. “When I began making films, there were hundreds people doing independent animated short films. It was considered to be very arcane, marginal activity that did not lead to a “real” job. Now there are tens of thousands of indie animation filmmakers making wonderful short films and features and their efforts can lead to an “A list” job in the commercial world.”

As diverse as Priestley’s body of work have been the one constant is a search for balance. Throughout the personal narratives, she searches for a sense of personal balance. In the experimental and abstract works, Priestley seeks it on an environment level. Ultimately, Priestley’s sense of balance and harmony is derived from making films. “I make films because I enjoy the process.  I love going to my cozy studio every day and exploring with color, line, texture and sound. Animation is a way to create “life” and new movement and to explore new worlds. Life is good!”