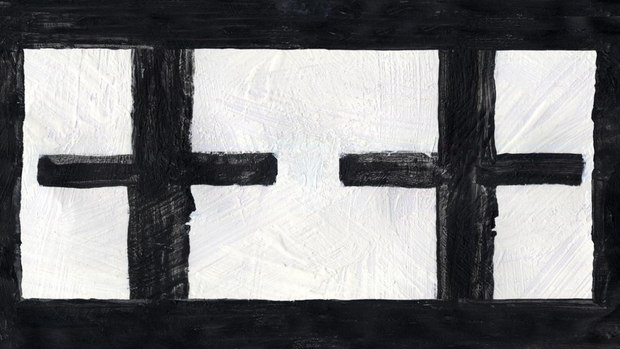 Israeli-born, German-based animator Gil Alkabetz has been quietly creating an impressive body of independent animation since his 1985 graduation film, Bitzbutz. His films -- tinged with dry humour -- frequently manipulate space and explore the boundaries of narrative as they ponder identity, war and human nature.

Swamp (1991) is a satire on the idiocy of war featuring two opposing armies. Each mounted soldier is armed with giant scissors and kept from tumbling into the nothingness of an unseen swamp by a large balloon. The inevitable ending bursts the notion that war can ever really have winners and heroes.

In the minimalist mystery, Yankale (1995), Alkabetz cleverly manipulates space and framing while constructing a non-linear tale of a Kafkaesque-type character who decides to temporarily flee an overbearing mother and the tedious routine of his life

After Morir de Amor (2005), Rubicon (1997) is probably Alkabetz’s most popular film. It’s an easy one to like. Here the animator promises to solve an old riddle that – well, paradoxically, he has no intention of solving. Instead, the riddle offers Alkabetz an excuse to play around with space while cheekily exploring the problematic and often impossible relationship between the theoretical and actual. Oh…and it’s also very funny.

1+1 (2015) remains one of my favourites by Alkabetz.  Divided into seven parts, this existential thriller, with echoes of Paul Auster, uses only 7 different images. Stylistically the film harkens back to Yankele (the central character even share the same cross-shaped traits). With its minimal imagery and limited movement, 1+1 unfurls a respectful but teasing middle finger to animations that drown in a flood of drawings, design and movement.