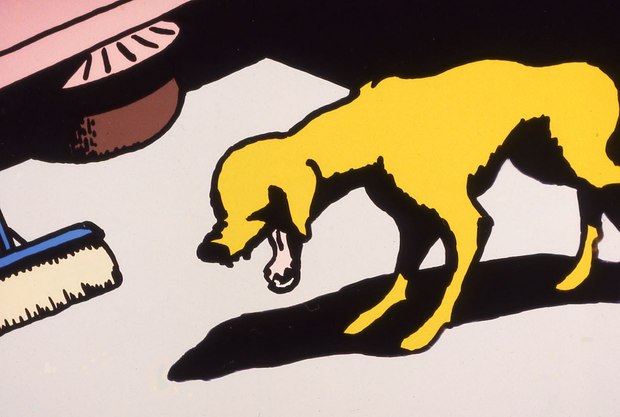 Sure, before dying, Socrates said all that stuff about how foolish we are to fear something we know nothing about, but hey, that doesn’t make me feel any better about death. Besides, I do know that death will mean no breath, no love, no kisses, no hate, no wanks, no heartbreak, no pleasure; there’s no nothing. Fuck the poets. Fuck the preachers. Death ain’t beautiful. It’s as ugly as split-open roadkill. If there is any good thing about death, it’s that the fucker is unbiased. It gets all of us in the end: the assholes and the angels.

Dennis Tupicoff doesn’t like death either. He’s afraid of it and, based on his animation films, obsesses on it.  While most people call animation, “the illusion of life”, Tupicoff’s films could easily be called “the reality of death.” His films Dance of Death, The Darra Dogs, His Mother’s Voice, and Into the Dark all deal with the grim corner we’re all going to pass by one not-so-fine day. And while there is beauty in Tupicoff’s narration and pictures, he doesn’t paint pretty pictures of death. Death, for Tupicoff, is harrowing, personal, baffling, and painful – at least for the living. “Death spills into everything I write,” says the Australian animator. “If I displayed a similar attachment to the (of course psychologically related) subject of sex, I would be regarded with more suspicion – though come to think of it I’d probably be more prosperous.”

Tupicoff makes no apologies for his death obsession: “Our awareness of our fate is one of the few things that make us uniquely human.  And, yes, it really is part of life, and so we can laugh at it and still be scared of it and sad about it. I certainly don’t have a program or any particular axe to grind. I just seem to see things from the dark side. Or perhaps it’s the other way around: maybe I’m just looking down into the darkness of my shadow, dazzled by the sunlight in which I’m bathed!”

Chainsaw from Jungle Pictures on Vimeo.