Every Monday, Chris Robinson serves up Animators Unearthed, a brief introduction to prominent and not-so-prominent indie animators. Today, the works of Bob Sabiston. 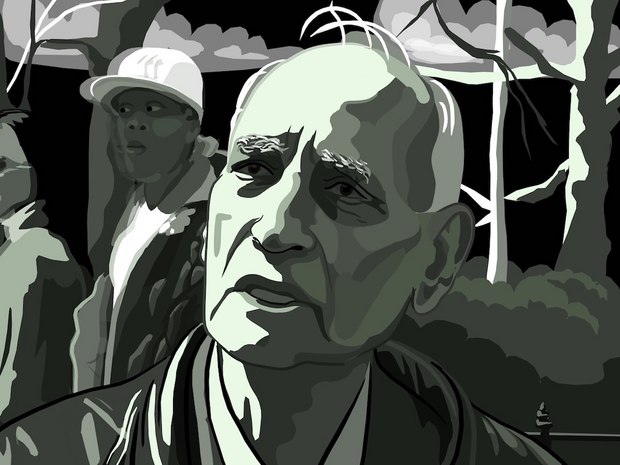 Bob Sabiston is the only animator I know who apparently isn’t an animator. The animation purists will tell you that his brand of digital rotoscoping (e.g. Waking Life, A Scanner Darkly), using his own Rotoshop software, amounts to little more than tracing over live action images. These are the same people who consider Max and Dave Fleischer (Betty Boop, Popeye) pioneers of animation even though they routinely used rotoscope animation in the films. What about Norman McLaren and his famous film, Neighbours? Hell, didn’t Ralph Bakshi make rotoscope films in the 1970s like American Pop? It was shot in live action and sped up. Is that really animation? Heck, is computer animation really animation?

Sabiston has heard the critics and… he’s agrees with them.

Wait a second… what’s that?

Snack and Drink from Tommy Pallotta on Vimeo.

“I agree with them,” repeats Sabiston. “It's not really pure animation. But I've done pure animation, and it just never excited me very much.  I like being able to take someone's real expression and magnify it, twist it, and amplify it. I realize that it's kind of a cheat, but to me, that just means you've got to use it to go further, to do more than you could even think of doing in regular animation.  And I don't really care what it's called as long as it's something that looks cool or new.”

“Magnify it, twist it, and amplify.” Those are the key words and they are what make Sabiston’s work as much as part of animation has McLaren and the Fleischer’s. Sabiston doesn’t just trace over an image, he re-creates it, giving the image an entirely new life and meaning.

It’s a shame really that Sabiston has not been given more credit in the animation world as an innovator and pioneer for pushing the medium into new territories. “I know that sometimes you can capture something on camera that is very real, or rare -- a moment of sincerity or humor, and those are the things most worth spending the time to animate,” says Sabiston. “I think it works similarly when you see something in a performance that others might not see due to some distracting element in the video.  You can use the rotoscoping to draw attention to the qualities you see there.”

Sabiston’s hybrid animation creates a unique collision between reality and fantasy, revealing an anxious, absurd, and unreal world that is also the very real and wacky sensation of living.