Every Monday -- or thereabouts -- AWN's Chris Robinson serves up Animators Unearthed, a short profile of prominent and not-so-prominent indie animators. 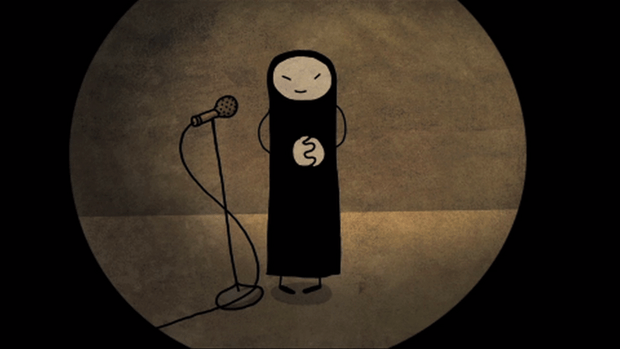 A restless frantic sort, Fleming has been making films since the 1980s.  A graduate of  Vancouver’s Emily Carr Institute of Art and Design, Fleming’s films have frequently dealt with issues of family, identity, along with an array of social issues (e.g. rape, domestic abuse, Holocaust).

Fleming’s second film, You Take Care Now (1989) is a multi-layered experimental documentary about rape and being hit by a car that manages to somehow maintain a sense of humour:

Many of her animation films feature the character 'Stick Girl.' The character was born in the late 80s after she’d been involved in a car accident (in fact she was hit by two cars!) that left her seriously injured. Determined to finish her degree, Fleming had just enough energy to work with a minimalist character.

In recent years, Fleming has also worked with the National Film Board of Canada. Among the highlights are I Was a Child of Holocaust Survivors (2010) and a fascinated mixed media documentary, The Magical Life of Long Tack Sam (2003). The latter follows Fleming to China as she seeks out the story of her great-grandfather, a famous Chinese acrobat and magician.

What makes Fleming’s body of work particularly unique (aside from her refusal to be categorized) is her innate ability to address some brutally difficult subjects while somehow maintaining a modicum of humour. Her films rarely suffocate from bleakness. Given the often overbearing dreariness of many contemporary animation shorts, animators would do well to take notes from Fleming.